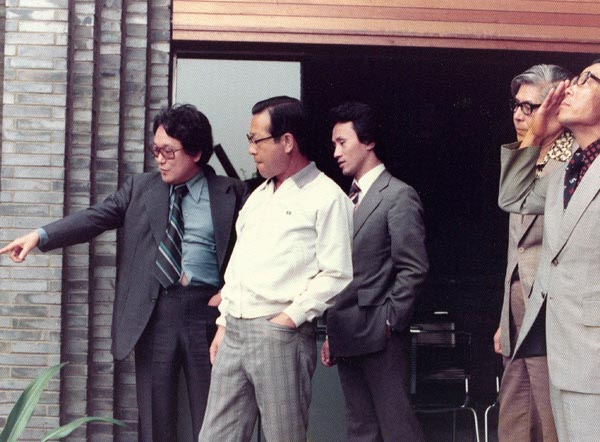 Architecture is a reflection of the spirit of the times and has ever-lasting influence for its historical meaning. Knowing this, I tried to inject the spirit of the May 16 revolution [coup] into the country’s construction projects.

I have a deep connection to Walkerhill Hotel, located on Mount Acha in Seoul overlooking Han River, since I was responsible for its construction in the first place. In the early 1960s, many U.S. soldiers stationed here traveled to Japan for vacation because Korea lacked places of leisure.

If they had decided to stay in Korea, it would have significantly boosted revenue for the country. So I took the lead in building the hotel, which at the time encompassed a state-of-the-art architectural skillset. The construction of Walkerhill also led me to get to know renowned architect Kim Swoo-geun (1931-1986). 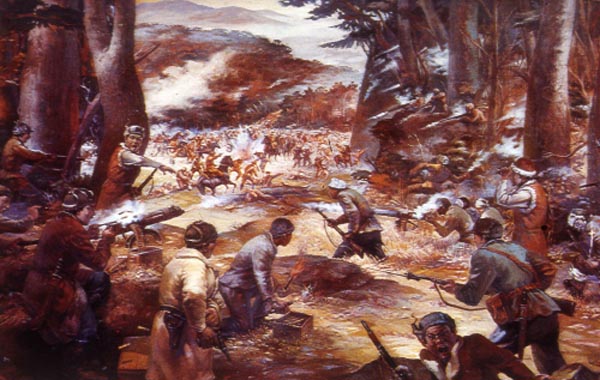 A painting depicting the Battle of Cheongsanri in eastern Manchuria between the Imperial Japanese Army and Korean independence fighters that took place over six days in October 1920. The painting was created in 1975. [JOONGANG PHOTO]

In the early 1960s, there were only a handful of architects in Korea. Among them, Kim had the potential to top the domestic market after years of studying abroad in Japan. He was one of six architects involved in the blueprint for Walkerhill.

In late 1961, they outlined the blueprint and told me of their plan to build a bar atop Mount Acha’s highest peak. Kim’s idea for the hotel was unprecedented at the time. I encouraged them to do their best.

After Walkerhill, I once again requested that Kim design a complex, which I had labeled the Freedom Center, on Namsan. I initially planned to call it the Anti-Communist Center following a trip in 1962 to Southeast Asia, where I agreed with regional leaders to form an anti-Communist alliance, but later decided to change the name to the Freedom Center in order to encompass more values.

My orders were simple: “Please design it in a way that can make people feel free.”

Kim also accepted my request to design the National Buyeo Museum. Its opening was controversial at the time because some people considered it too Japanese. But Kim was confident in his work and argued that his design didn’t conform to the Japanese style, it conformed to his own. When it came to his life’s work, he was a man who was unwavering in his convictions.

When I lived overseas in self-imposed exile, I was deeply impressed by the Edinburgh Castle in Scotland. Inside there is a big painting along the staircase that depicts the 1815 Battle of Waterloo. There is a sign next to it that strictly prohibits visitors from touching it, but countless people, impressed as I was, have touched its fringes.

I was deeply envious of the multitude of monuments and paintings depicting European history, and their vastness inspired me. I soon became preoccupied with how I could contribute to remembering our own historical achievements through such work.

I wanted to make sculptures of historical figures and put them on the sides of Sejongno in central Seoul. I wanted to import marble from Italy for the sculptures but couldn’t afford to due to the dire financial condition at the time.

Instead, we made life-size statues of 37 national heroes, including independence fighter Kim Goo, in the form of plaster casts. On May 16, 1964, the 37 statues were placed on the sidewalks of Sejongno - but it didn’t take long for them to be torn apart by heavy rains.

In 1967, I undertook another campaign in which I mobilized painters to recreate historical feats. I recruited 55 artists and gave them each one moment to depict.

I even sent one of my aides to Japan to purchase the necessary painting supplies, which I handed out for free.

This project continued when I served as prime minister under the Park Chung Hee government as a national initiative overseen by the Ministry of Culture. Paintings were created not only to record historical feats but to depict the country’s rapid economic growth during the Park government.

I hoped that visitors here would touch the painting of the Great Admiral Yi Sun-shin just like the visitors at Edinburgh Castle. But that didn’t happen in Korea.

The paintings drawn during that time were hung at the now-dismantled government headquarters building. After the building was transformed into a national museum, the artworks were taken to underground storage.

I lost track of them when the building was demolished in 1995 by the Kim Young-sam government. I have no idea where they are now, and that I deeply regret.