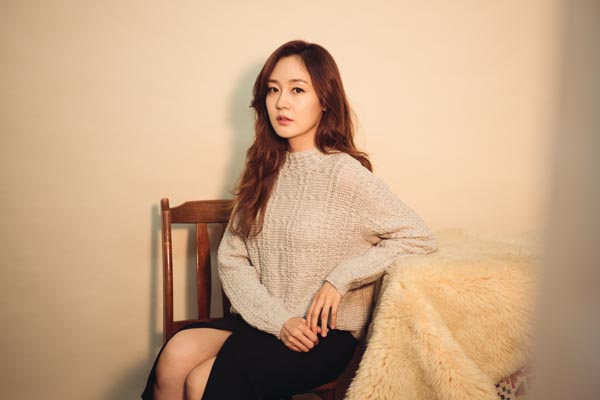 MBC said Thursday that the two have confirmed their appearance on the drama series, which depicts a man who seeks revenge after losing his family.

It will be the third project that the two will work on together.

Kang is returning to the small screen after his last drama series “Big Man” (2014).

The 39-year-old actor debuted in 2002 with the musical “Rocky Horror Picture Show,” but he has been building his career in film and drama series, playing tough, macho roles over the past several years.

The actress Sung began her career as a singer in 1998. She was a member of the now-defunct girl group Fin.K.L. and a dream girl for almost every man who grew up in the late 1990s.

But the group stopped making albums after the release of their fourth regular album in 2002, and the four members began to pursue separate careers.

Sung made a foray into acting, but she often found herself surrounded by controversy because of her acting. She has told many news outlets that she was not ready to make the transition from singing to acting.

Along with the news of Kang and Sung’s casting, the drama team for “Monster” also said Taiwanese actor Chen Bolin will play a cameo role in the series.

It is the first time for the popular Taiwanese actor to land a role in a Korean drama series.

MBC said Chen will appear on the drama series just for a single episode, but his role will be important for the entire story. He will play the head of a Chinese conglomerate who is fluent in Chinese, English and Korean.