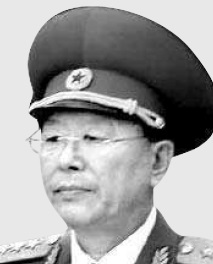 Army Gen. Ri Yong-gil, chief of the General Staff of the Korean People’s Army of North Korea, was executed this month on corruption and political factionalism charges, sources familiar with North Korean affairs said Wednesday. His position was the equivalent of South Korea’s chairman of the Joint Chiefs of Staff.

According to multiple sources well informed about North Korea, Gen. Ri was executed before or after Feb. 2 and 3 when Kim Jong-un, the first chairman of the National Defense Commission, presided over a joint meeting of the Central Committee of Workers’ Party and the Military and Party Committee.

Gen. Ri was appointed 5th Corps commander in 2012 and promoted to chief of the General Staff of Korean People’s Army in 2013. Ri seemed to have the confidence of North Korea’s leader until very recently. He was photographed with Kim Jong-un as he observed military drills and visitied the Ministry of People’s Armed Forces in January. Ri did not appear at the joint meeting of the Central Committee of Workers’ Party and the Military and Party Committee on Feb. 2 and 3 and did not attend a large rally in Pyongyang on Feb. 8 to celebrate the successful launch of a long-range rocket, prompting North Korea watchers in South Korea to wonder if he was purged or dismissed.

“Armed Forces Minister Hyon Yong-chol was executed in April last year and then Gen. Ri was executed this month. Kim’s reign of terror continues in Pyongyang,” a source said.