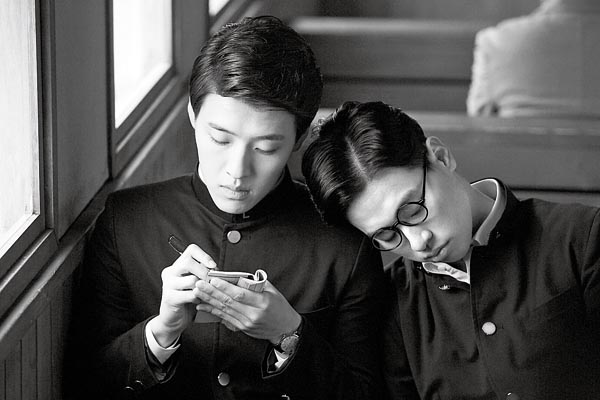 During the Japanese occupation (1910-45), there were many restrictions on what Korean people could and couldn’t do. Using Korean names and speaking Korean were not allowed, and even having any sort of dreams was nearly impossible.

They lived under the same roof, but had very different personalities. Song was more active in expressing his opinion, while Yun was passive. However, with feelings of shame for not being able to express himself as much as Song, Yun wrote poems that have become some of the most beloved in Korea.

In an interesting move, this film was made in black-and-white, and for a small budget.

Director Lee Joon-ik, who is famous for historical films such as “King and the Clown” (2005) and “The Throne” (2015), wanted to showcase how the two main characters strive against the tragic history, highlighting their short but consequential lives. 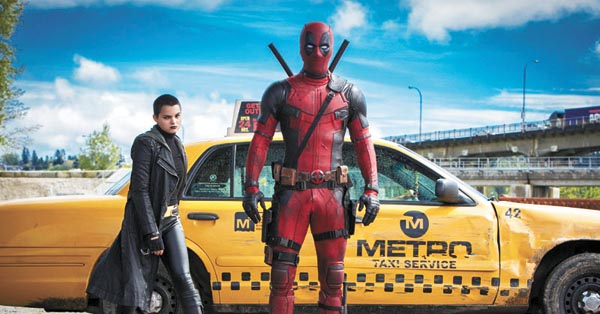 Do not expect the same kind of hero you’ve seen on screens over the past few years - this is a new type of hero.

The movie, based on the Marvel Comics character of the same name, centers on a hero who lacks a sense of responsibility and justice, but who is full of humor and freewheeling.

Wade Wilson, played by Ryan Reynolds, is a mercenary who gets involved in a secret experiment to treat his cancer. But after the experiment his life is nearly destroyed.

Although Wilson has gained the super power of healing and becomes an expert in fighting, his face has become grotesque. Now, under the name Deadpool, he pursues his enemy, Ajax, played by Ed Skrein.

“Deadpool” has been generating buzz since the release of its trailer. However, the production faced many barriers and was even close to being abandoned.

The film was put on hold for 11 years. One reason was that the unusual hero is so dramatically different from other beloved superheroes.

However, with the hype surrounding it, the film is expected to win big at the box office.

Revenge must be carried out with elegance.

Winslet plays the role of Tilly Dunnage, who was branded as a murderer 25 years ago when a student, Stewart Pettyman, died under mysterious circumstances.

But one day Dunnage returns to her hometown in the Australian Outback as a fashion designer. She falls in love with Teddy McSwiney, played by Hemsworth, who took care of her mother.

But the peaceful days do not last long. Dunnage discovers secrets of the past and begins to plot her revenge.

This story is based on the novel of the same title written by Rosalie Ham. Ham took inspiration from her mother, who was actually a dressmaker.

This film has been gaining a lot of attention for its all-star cast: Yoo Ah-in, Lee Mi-yeon, Choi Ji-woo, Kim Joo-hyuk, Kang Ha-neul and E Som.

In the movie these top actors portray couples whose relationships are heavily influenced by social media.

This type of love story is more realistic in today’s world, where all kinds of different people can meet and build relationships using social media.

Yoo plays the role of Jin-woo, a popular actor who is attracted to Kyung-ah, played by Lee, who is a famous screenwriter. They get into arguments every time they meet, but on the inside they have a pure affection for another.

Choi plays the stewardess Joo-ran, while Kim plays Seong-chan, a chef and her roommate. They also quarrel, but as they get to know each other more, they open their hearts to each other.

Kang takes on the role of Su-ho, who is a genius songwriter, and E plays Na-yeon, a drama producer. The two fall in love at first sight and are carefully text messaging each other. Sometimes they stay up all night worrying about how to express their affection.

Director Park Hyun-jin has worked to show how various couples use modern technology in their own ways according to their relationship style.

Moviegoers can not only enjoy watching the stellar cast, but also sympathize with their situations and the change in their attitudes toward each other.

In a major city of the animal world, Zootopia, where the inhabitants have sophisticated lifestyles and well-cultivated manners, a problem comes up. Judy Hopps and Nick Wilde are ready to solve it.

The problem starts with a missing otter. Hopps, the first rabbit police officer, is eager to do her job, but the belief of others that a small rabbit cannot be helpful discourages her. However, she does not give up.

The impossible mission given to her is not a big problem, since she has a partner, a fox named Wilde.

The dynamic film features thrilling chases and suspense as the two race to solve the case.

Also, the film portrays the reality of our world, which is full of discrimination and preconceptions. Hopps has overcome a difficult situation by becoming a police officer as a weaker animal, while Wilde cannot gain trust from others since foxes are viewed as deceptive.

However, they fight against those stereotypes and do their work to save Zootopia. 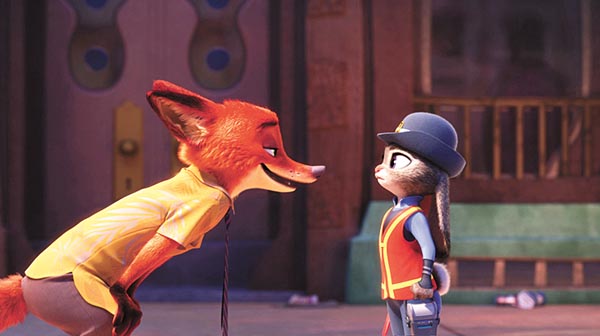 Can love change, if I change? 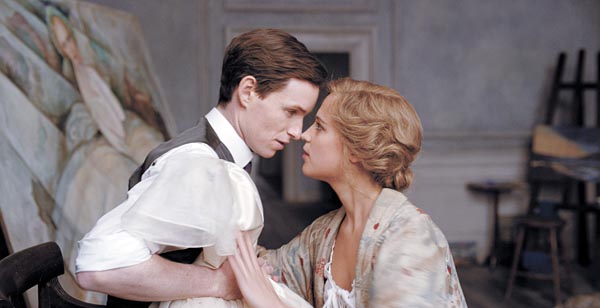 An artist’s life changes as he finds another self, as a woman posing in front of the canvas. This is the story of Einar Wegener, a popular landscape artist from Copenhagen, Denmark.

Wegener, played by Eddie Redmayne, was living a happy life with his wife, Gerda Wegener, a portrait artist, played by Alicia Vikander. One day, she asks her husband to pose himself instead of a ballerina model, Ulla (Amber Heard). While wearing the dress, he feels something new that he has never felt before. He then names his female self Lili Elbe.

From that moment onward, the couple enters a new dimension of their relationship.

The film is based on the book of the same name written by David Ebershoff, who got inspiration of the real story of Elbe and Wegener.

Director Tom Hooper, who is well known for “The King’s Speech” (2010) and “Les Miserables” (2012), took the megaphone. Hooper and Redmayne put much effort into this film in particular, discussing in depth how to portray Wegener and Elbe simultaneously.

The film has been nominated for four Academy Awards, including Best Performance by an Actor in a Leading Role. The awards ceremony will take place on Feb. 28.