Busan mayor steps down as leader of film festival

Busan mayor steps down as leader of film festival 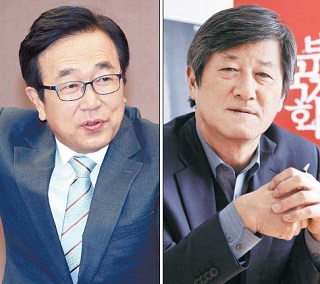 Busan Mayor Suh Byung-soo stepped down from his position as the chief of beleaguered Busan International Film Festival (BIFF) on Thursday amid intensifying conflict between the city government and the festival.

However, the final outcome of the dispute is yet to come, as the festival’s leadership status remains uncertain.

One of the festival’s co-directors, Lee Yong-kwan, will also part with the festival when his term comes to an end later this month, according to the last-minute press conference called by Suh on Thursday.

Lee has been heading up the festival for the past nine years.

“The measure was taken out of concern that the city government could become an obstacle to the festival, despite the fact that we have constantly emphasized preserving the festival’s independence and freedom,” Suh said at the press briefing in Busan on Thursday. 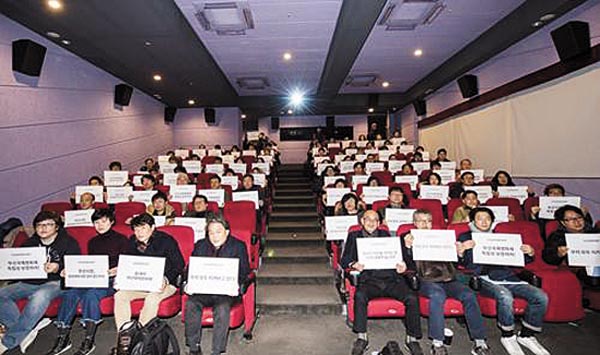 Cineastes at home and abroad have been showing support for the Busan International Film Festival. From left: the Directors Guild of Korea. [BUSAN INTERNATIONAL FILM FESTIVAL]

“We have been perceived as interfering with the film festival’s independence and a source of conflict,” he added.

Suh also said that Lee, whose three-year term is scheduled to expire on Feb. 26, will not be reappointed to the position. The decision was made “after exchanging thoughts about the issue,” according to Suh.

The chief position has conventionally been given automatically to the mayor of Busan ever since the festival launched in 1996. But going forward, the position will be filled by someone from the private sector, Suh said.

BIFF said it welcomed Suh’s resignation as a way of ensuring the “independence” and “freedom” of the festival, through a statement released right after Suh’s announcement.

However, without additional information about Lee’s future position or details about the planned changes to the articles of association, the festival said the current crisis cannot yet be resolved.

Causes of the clash

The Busan Metropolitan City Government and the film festival have been long been at odds, ever since Lee went against the city’s request to remove the politically controversial documentary “The Truth Shall Not Sink with Sewol,” also known as “Diving Bell,” from the lineup of the 19th edition of the festival held in 2014.

The contentious film addressed the lax attitude of the government after the Sewol ferry tragedy, which happened six months before the film event kicked off.

Lee has been continuously pressured by the city government since then to resign from his position but has refused to do so. 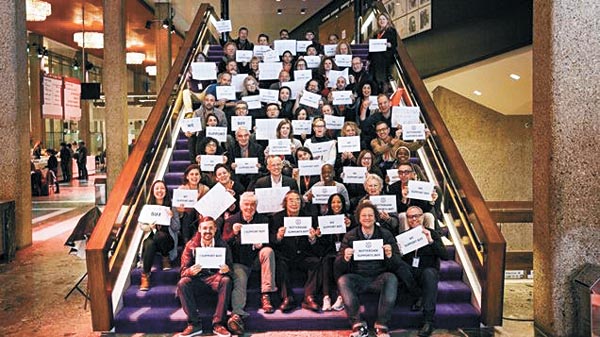 Then earlier this year, the city accused Lee of misusing festival sponsorship commission fees without properly recording them on the ledger, based on a report from the Board of Audit and Inspection of Korea.

While Lee’s latest three-year term as the festival’s co-director was scheduled to end on Feb. 26, the city government has been tentatively delaying holding a regular general meeting that would decide whether Lee would continue to stay on with the festival. If the meeting was not held before Feb. 26, Lee’s term would automatically expire, leaving Kang Soo-youn, who has been co-directing the festival since last July, all by herself.

The ongoing dispute between the two sides rose to the surface even more severely earlier this week when officials from the city government told local media that they are planning not to reappoint Lee as the festival’s co-director. 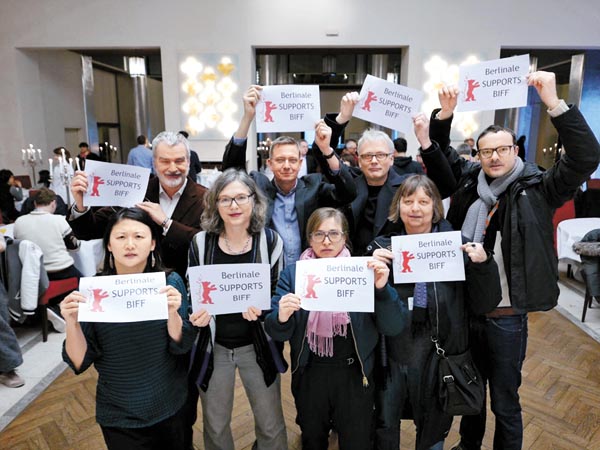 Lee Byong-suk, the director-general of Busan’s Culture and Tourism Bureau, told the JoongAng Ilbo on Tuesday, “Lee has done enough with the festival and there can be no changes or innovation that can come from him,” adding that they cannot appoint someone who is under investigation for fraudulent activities in the position.

Ever since Lee’s position started to be challenged, threatening to undermine the continued growth of the film festival which has become the largest in Asia over the past 20 years, cineastes at home and abroad have been expressing concern over the city government’s violation of the festival’s independence.

Most recently, some 100 people from abroad who are involved in the film industry including Thierry Fremaux, the director of Cannes International Film Festival, sent an open letter to Suh on Tuesday, requesting he set the festival free of political interference.

“Our concern leads us to call on you and the city not to damage the festival or its independence, and to stop applying political pressure to the festival’s leaders and programmers,” the letter read.

“All of us want to see BIFF continue to grow and prosper, with the team that has led the festival in recent years remaining in place,” it added.

Local film critic Jeong Ji-ouk also commented that government interference with a film festival’s lineup would be “unimaginable” in other countries.

“They are using the festival as a source of cultural authority and now they are trying to pillage it,” he said.

Supportive campaigns under the slogan #isupportbiff have been continuously rolled out at international film festivals as well.

On Sunday, some 150 people related to the film industry assembled at the ongoing Berlin International Film Festival to discuss the pending issues surrounding BIFF at a session held by officials of major film festivals of Korea. The event was attended by Alberto Barbera, the artistic director of the Venice Film Festival, Jerome Paillard, the executive director of the Cannes Film Festival film market, and others.

Prior to that, in January some 50 industry figures gathered at the Rotterdam International Film Festival as well, including its director Bero Beyer and programmer Gerwin Tamsma. They released a public statement, saying that they feel it is their “responsibility” and “duty” to “show moral support to the organization of BIFF.”

“We are not protecting Lee, individually, but the festival itself because the pressure we have been receiving is severely political and damages its freedom,” said Kim Young-woo, one of the programmers of BIFF.