Playing music for the modern era

Playing music for the modern era 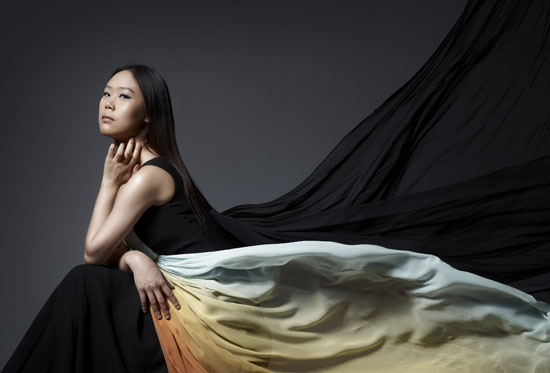 Pianist Son Yeol-eum is returning with her first recital in three years; she is also bringing out a new album, titled “Modern Times,” eight years after her last album, “Chopin Nocturnes,” which was released in December 2008.

She was very busy with other activities as a musician: She published a book titled “A Letter from Hanover” and played the harpsichord on stage in 2015. But at the upcoming recital, Son will be showcasing contemporary music pieces as a pianist. The recital series started Saturday and she will be playing a number of shows in regions including Gyeonggi, Daejeon and Busan. She will also perform at the Seoul Arts Center on Feb. 27.

Son gained international attention when she won second prize at the 2011 Tchaikovsky International Music Competition, one of the three most famous classical music competitions in the world.

The pianist explained that her recital, subtitled “War and Peace,” will feature mostly contemporary music composed in the 1910s and 1920s. The program starts with Adolf Schulz-Evler’s Concert Arabesque on “Beautiful Blue Danube” by J. Strauss. She will also play Ravel’s “Le Tombeau de Couperin” and “La Valse,” three pieces by Gershwin including “Swanee” and “Rialto” ripples and three movements from “Petrushka” by Stravinsky.

“Music from this era became very interesting to me,” she said, “mainly because I think the world changed dramatically during that era due to globalization,” noting that World War I took place as well as Japanese colonization of Korea after the Korea-Japan Treaty of 1910.

“When the world paradigm was experiencing a total change, I was curious of what role music played in that era,” she continued. This curiosity was the foundation for her new album and performance.

She also has some thoughts on being a Korean who plays classical, or Western, music. Through her studies and independent research, she concluded that it is not unnatural for her, a Korean, to play classical music. “I would like to break the prejudice that only Westerners can understand their music,” she said.

In this sense, she mentioned that she could sympathize with Ravel and Stravinsky and the cosmopolitan characteristics of their works. For example, “Petrushka,” a ballet piece by Stravinsky, was very ahead of its time and even resonates with audiences today.

“Classical music doesn’t have any lyrics, meaning that it is very vague and hard to understand,” she said. “I thought I could explain it a bit more specifically through writing.”

On her upcoming performance, she said, “The recital and my recent album are very experimental, so I am a little worried about them, but I hope you are as excited about them as I am.”