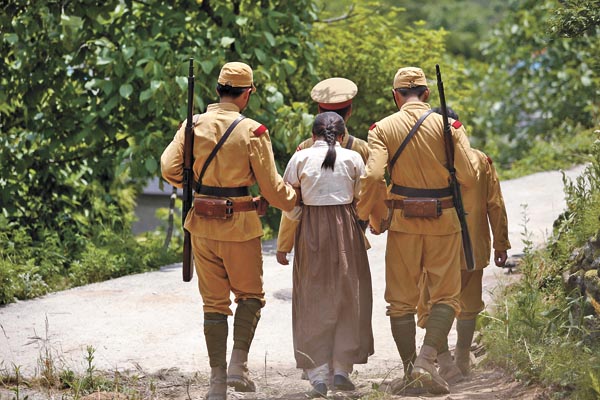 Throughout the interview, director Cho Jung-lae couldn’t hide his overwhelming joy at the fact that his latest film, “Spirits’ Homecoming,” was finally getting a nationwide release, 14 years after the screenplay was first written.

It has been a long and tough journey to find an investor and distributor for the film, which tells the story of the so-called comfort women by tracing two young Korean women who were coerced to serve in Japanese military brothels during World War II.

However, thanks to the help of some 75,000 donors at home and abroad who gave 1.2 billion won ($970,000) - almost half of the production cost - as well as distributor Waw Pictures, which approached the director first, Cho says he is relieved to finally have a tangible outcome to repay the support he received.

“I believe it is a miracle that this film was even made,” the 43-year-old director said in a recent interview with the Korea JoongAng Daily.

“I was told that this film, which tackles the issue of comfort women, something that is considered a taboo here as a cinematic subject, would go nowhere,” he said. “They told me to give up.”

Cho, who has crafted a handful of notable works such as the documentary “Foulball” (2014) and the successful indie movie “Dure Sori: The Voice of East” (2012), initiated the project while he was doing volunteer work in 2002 at the House of Sharing, a residence in Gyeonggi for former comfort women.

Back then, the volunteer work was just one of many activities that the group he was associated with - composed of gugak (traditional music) experts - was carrying out while traveling around the country and performing gugak. Cho is also a pansori (traditional narrative singing) master.

But when he saw a picture drawn by one of the victims, Kang Il-chul, showing a group of women being thrown into a fire pit and left to die, he couldn’t help starting to feel something burning inside him. 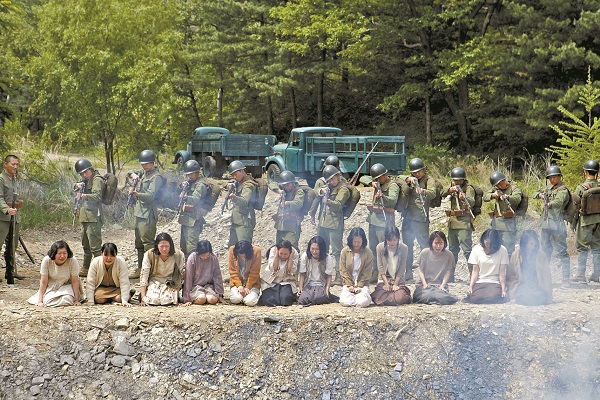 “I was in utter shock when I saw the picture, so much so that I dreamt about it that night,” Cho said, admitting that he was pretty much “ignorant” about the issue before coming across the picture.

“In the dream, I saw these young girls whose clothes suddenly turned white and started to fly over the sky. I instantly felt that they are hoping to go back to their hometown,” he said.

While some might expect the film to document some of the most horrendous and abhorrent aspects of the occupation, especially since it deals with military sex slaves, “Spirits’ Homecoming” focuses more on artistic factors such as showcasing the beautiful landscape of the Korean countryside and featuring well-known Korean folk songs such as “Gasiri” and “Arirang” throughout.

“I wanted the film to have public appeal so that as many people as possible would watch this film,” Cho explained.

“The film received a rating of 15 years or older, which I really appreciate,” he continued. “A lot of people who funded this project are those who are still attending school. And I realized that they don’t have many sources to get a grasp of what exactly comfort women are. I felt that they need to watch the movie.”

Also, having the responsibility of showing his film to the former comfort women he met at the House of Sharing, he didn’t want to cause any more pain by reopening old wounds.

“I didn’t want to make a movie that would make them sad and nothing more,” the director said. “I wanted the movie to have a healing effect of some sort.” 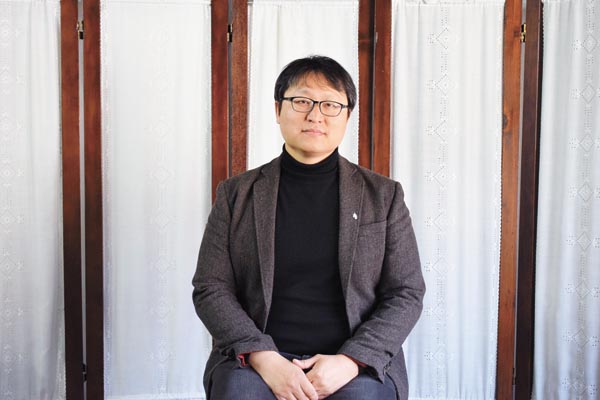 In order to imply that the issue is an ongoing matter, notwithstanding the agreement reached between Korea and Japan just last year, Cho implemented a format in which the film jumps back and forth between the present and World War II through a young shaman, played by newbie actress Choi Ree.

Her character, Eun-kyung, who experienced the trauma of being raped during her childhood, becomes a shaman and connects one of the military brothel survivors (played by veteran actress Son Sook) with her friend who endured hard times by her side but failed to come back home.

Choi performs a gut (traditional shaman ritual) in the film, dancing and singing to traditional rhythms.

“I wanted to accommodate the victims with rhythms that would sound familiar to them,” Cho said.

“The most important scene for me is the very last part where the girl comes back to her countryside home and shares a humble meal with her family. Some told me that the scene was unnecessary and I also believe that it may be true in terms of cinematic perspective. But I persisted in maintaining the scene because I believe that every time the film is screened, the spirit of a victim will come back home to rest in peace,” he explained.

The film opened Wednesday with record high pre-reservation ticket sales, which is crucial in determining a movie’s ultimate performance at the box office.

But for a small independent film like “Spirits’ Homecoming,” there is no certainty on how it will fare.

“This film was literally made by the public. For the sake of the 45 remaining survivors [currently 44], I sincerely hope people of all ages will come and watch the film and spread the word.”