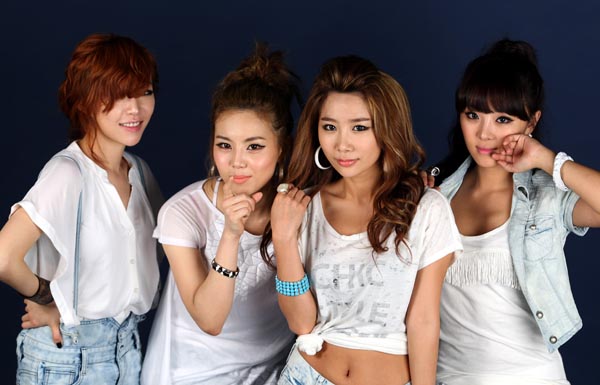 At the live show that aired Wednesday through the V broadcasting app, the long-lasting group made a nostalgic revisit to their past years.

Their music career kicked off in March 2006 with the album “Your Story.” Putting much emphasis on singing in their early years, the group made a name for themselves with the song “Love.”

Switching their focus to dancing, Brown Eyed Girls made a major breakthrough with the 2009 song “Abracadabra.” Named after the magic spell, “Abracadabra” created a sensation in the Korean music scene in the way Baauer’s hit “Harlem Shake” did across the world in 2013.

Members of the decade-old group stayed together intact for 10 years, one of few girl groups with such longevity. The group matured during that run as the youngest member, Gain, turned 28 and the other three turned 34.

Starting off with sharing their latest news, the group had fun with their own little awards ceremony. JeA was picked as the most improved member, Narsha as the biggest fan-lover, Gain as the biggest eater and Miryo as the most flagrantly honest member.

Their reminiscent flashback show is available for viewing on the group’s channel on V.