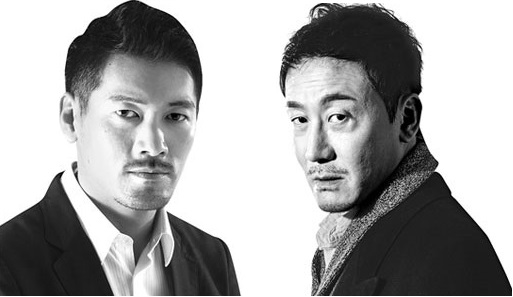 With the increasing popularity of movies set during the Japanese colonial era (1910-45), actors from Japan are expanding their careers in Korea.

Kim In-woo and Takeda Hiromitsu have been increasingly taking roles in Korean films, including the currently playing “Dongju: The Portrait of a Poet.” Kim is Korean Japanese and Takeda is Japanese, but both have spent about eight years in Korea.

In “Dongju,” Kim plays the role of a tenacious Japanese detective who interrogates the main characters Yun Dong-ju (Kang Ha-neul) and Song Mong-gyu (Park Jung-min). He also played a Japanese who assists Korean independence fighters in “Assassination” (2015) and the owner of the Yomiuri Giants in “Mr. Go” (2013).

While he was struggling as an actor in Japan, he happened to watch the 2002 Korean movie “The Way Home.”

“I lost all my money, networks with people, and even lost my health,” he recalled. “I cried my eyes out as I watched the movie.” Thus began his love for Korean movies, and he came to Korea eight years ago.

He got the role in “Dongju” thanks to his previous performance as a thug in “Tough as Iron” (2013). Director Lee Joon-ik offered him the role based on his “calm and strong features.” The actor, while knowing he would have to play a bad guy, did not hesitate to say yes.

“I came here to play such role,” he said. “As a Korean Japanese, I know the sad history of ours very well, so I think I can be more real in playing some cruel acts than any other Japanese actors.”

“Just as my life has changed thanks to ‘The Way Home,’ I hope this movie ‘Dongju’ also plays a role in changing people’s lives.”

As for Takeda Hiromitsu, he was working as a play actor in Tokyo when he saw “Joint Security Area” and fell in love with Korean film. Then he moved to Korea about nine years ago. He first entered the Korean movie scene with a part in “The Sword With No Name” (2009), but because his Korean was not so good he had hard time finding more gigs in Korea. 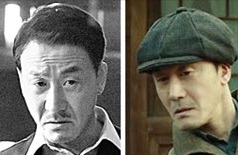 After years of struggle, he decided to seek opportunities in Taiwan. But he returned to Korea with “The Admiral: Roaring Currents” (2014), in which he played a Japanese military leader facing off against admiral Yi Sun-sin (1545-98), played by Choi Min-sik.

Since then, his filmography has grown. In last year’s film “The Tiger,” Hiromitsu played a Japanese military who is obsessed with hunting down a tiger. Although the movie failed to attract huge audiences, he said he learned from Choi that actors should not be sensitive over whether movies become popular or not. 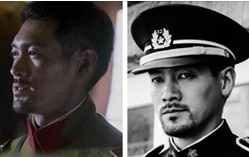 Takeda Hromitsu, a Japanese actor who has spent about eight years in Korea, has appeared in the films “The Tiger” (2016), left, and “Dongju” (2016). [JOONGANG ILBO]

In “Dongju,” he plays the director of a prison in Fukuoka who is sympathetic toward Yun, on whom the Japanese conducted medical experiments. Though his part was small and some of his lines got cut, he says he feels happy to be part of a meaningful movie.

“I didn’t know much about Yun Dong-ju before I took a role in the movie,” he said. “As I got to know about the short life he had, I got angry, and shivered from frustration.”

“The brutality of the Japanese military, who killed so many people including Yun while doing medical experiments, was no different from that of the German Nazis, who undertook genocide of the Jews.”

On the film set, he also volunteered to help actors speak better Japanese. “What would fans of Korean movies in Japan think if they hear broken Japanese?”

Fans can catch Hiromitsu again in “Love, Lies,” which will open here in April, as well as a drama that is temporarily titled “Imjin War 1592” on KBS, He has also been chosen to play the lead role in director Kim Ki-duk’s “Stop,” about the Fukushima nuclear disaster.

However, his dream is “to play a role of a Korean person in a Korean movie” someday.