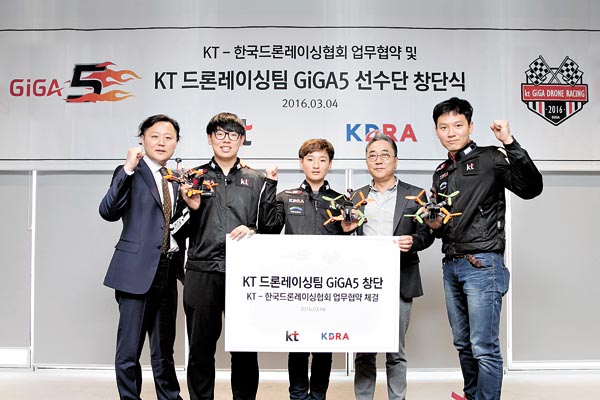 Mobile carrier KT celebrates the launch of the nation’s first drone racing team called “GIGA5” on Friday at the company headquarters in central Seoul. The team consists of five players who won in KT’s first race held last December and are scheduled to take part in the 2016 World Drone Prix in Dubai.