Forum a new platform for educators

Forum a new platform for educators 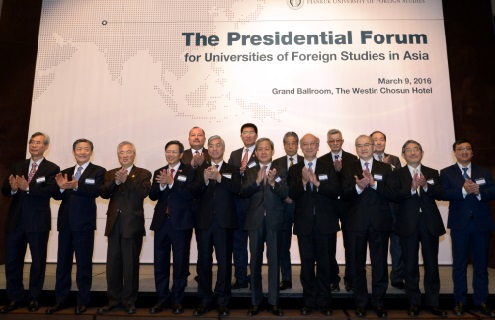 The leaders of foreign-language universities in Asia gathered Wednesday at the Westin Chosun Seoul in Jung District, central Seoul, to celebrate the inauguration of the Asian Foreign Studies University Presidents’ Forum.

The new platform will gather foreign-language educators from across Asia to “share ideas and debate the organizational vision, policies and future development direction” implemented by each school in the region, Kim In-chul, the president of Hankuk University of Foreign Studies, said in his opening remarks.

The forum aims to enable participants to seek “academic convergence and take on new exchanges,” he added.