Field stars as a woman coming of age

Field stars as a woman coming of age 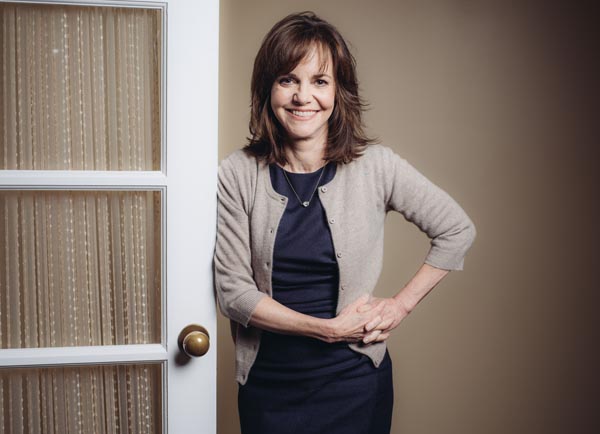 Sally Field poses for a portrait while promoting her new film “Hello, My Name Is Doris,” at The Four Seasons in Los Angeles. [AP/NEWSIS]

NEW YORK - It sounds like a misprint, but it’s not: Sally Field has headlined just one movie in the last two decades.

The reasons why are many. Hollywood doesn’t exactly churn out good parts for middle-aged or older actresses, even for beloved two-time Oscar winners. Field has also been drawn elsewhere, back to television, where she got her start in the 1960s on “Gidget” and “The Flying Nun.” And then there’s the fact that Field isn’t much inclined to play, as she says, “the traditional mother thing.”

“I’m certainly at a point in my life where I don’t do anything that I don’t want to do,” Field says. “There are things that come to me, maybe the script is good but you don’t really need me in this movie to stand at the door and say, ‘Drive carefully.”’

“Hello, My Name Is Doris” is a reminder of what the movies have been missing out on. In the film, directed and co-written by Michael Showalter, Field stars as a spinsterish, daydreaming New York accountant who, after her mother dies, cautiously begins seeking out new experiences and pursuing - comically, awkwardly, sweetly - a much younger man: an art director at her Manhattan office played by Max Greenfield.

The film, which opens Friday, is a blend of tones - broadly funny, dramatically tender - and populated by veteran performers like Tyne Daly, Stephen Root and Peter Gallagher. Holding it all together is the ever-plucky Field, outfitted with two pairs of eyeglasses around her neck and a nest of hair, Field’s intentionally messy version of a Brigitte Bardot doo.

Made for only about $1 million and shot in three weeks, it’s an unusually indie project for Field, who jumped at the chance to play Doris. The hunt for such characters in a male-dominated industry, Field says, has been the story of her career.

“It’s always been a struggle. It’s not a new struggle to me,” she said in a recent interview. “But certainly as I’ve gotten older, put it this way, it doesn’t get easier.”

Field has followed the rising outrage over gender equality in the movie industry with a mix of optimism and wariness. She’s spent years watching women filmmakers fail to land big movies and female-led films be passed over by studios.

“Certainly you can’t say that nothing has happened. There has been a lot of movement,” says Field. “But it has been SO gradual. I’ve been here for going on 53 years. It’s been so incredibly, incrementally gradual.”

Field would seem to have little in common with the timid Doris, but she acknowledges having “terrible social anxiety.” “I am incredibly shy and I am sort of a notorious hermit,” she says. “My sons push me, and I have a few friends that say, `OK, time’s up. We’re coming to get you.”’

Field, who has three sons, splits her time between Los Angeles and New York, where she’s expected to return to Broadway this fall in a production of Tennessee Williams’ “The Glass Menagerie.”