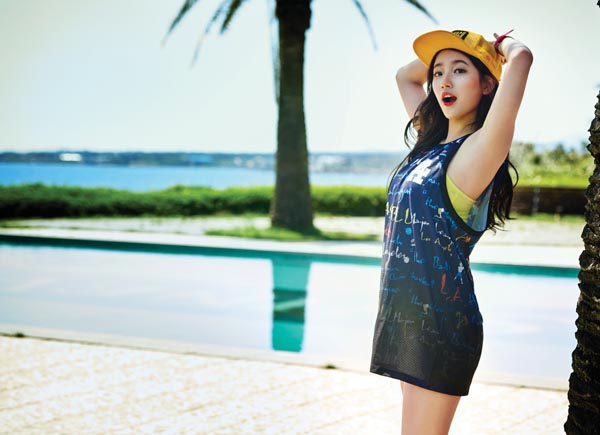 Suzy, member of K-pop girl group Miss A, has been cast in the new KBS drama “Uncontrollably Fond” (working title), which will start airing in June.

Suzy will play the lead character with actor Kim Woo-bin as her male counterpart.

The drama is about conceited celebrity Sin Jun-yeong running into his ex-girlfriend, No-eul, a documentary producer, and reviving their romance.

“Suzy’s transformation was something to note,” the producer said, noting how different this role in from Suzy’s previous parts. “The whole crew is expecting a lot from Suzy.”