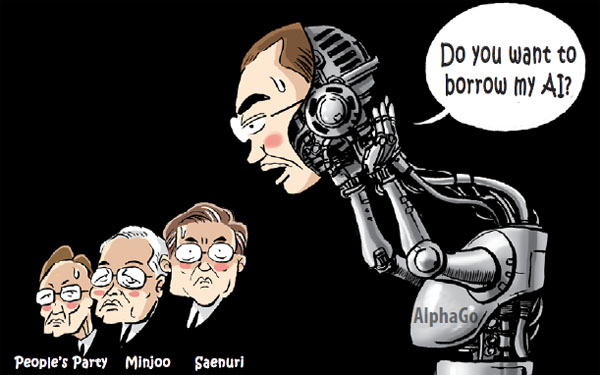 While the ruling Saenuri Party, the opposition Minjoo Party of Korea and the People’s Party desperately look for ways to win in the April 13 general election, Google DeepMind’s AlphaGo so far has a 3-1 victory over Lee Se-dol, a top-notch Korean Go player, in a five-match competition in Seoul. PARK YONG-SEOK