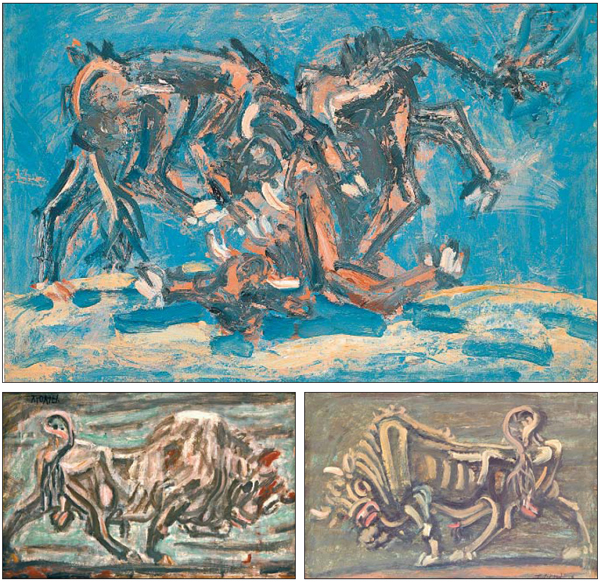 Lee Jung-seob (1916-56)’s paintings, “Fighting Bulls,” top; “Bloody Bull,” above left: and “Bull,” above right, are now on view at Seoul Museum in Buam-dong, central Seoul, as part of the “Lee Jung-seb Died” exhibition running through May 29. Lee, who died young and in poverty, is one of the best-loved Korean modern artists for his paintings that combine Korean motifs and European Expressionist styles. But his popularity both on the market and in academic circles has weakened in the recent years due to several forgery scandals and some critics’ view that he is overestimated. “The title of the exhibition shows our intention to remove all prejudices about Lee, whether positive or negative, and to resurrect him, as his 100th birthday falls this year,” the museum founder Ahn Byung-gwang told reporters last week. Ahn is known as one of the biggest fans and collectors of Lee’s works.