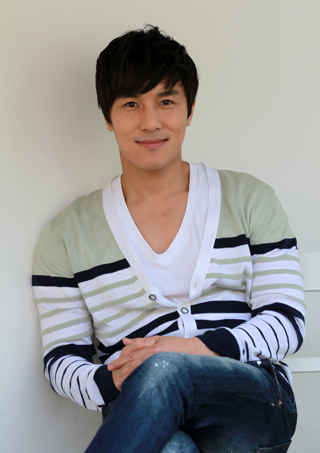 Kim Dong-wan, a member of the first-generation K-pop boy group Shinhwa, is returning to the musical theater stage.

Cast as the titular character in the musical “Edgar Allan Poe,” the star has previously acted in the musicals “Hedwig and the Angry Inch” and “The Man Who Walked Through Walls.”

Kim has been away from the musical scene for two years, occupied with his solo singing career and Shinhwa’s schedule.

“Edgar Allan Poe” is a musical written by songwriter Eric Woolfson, who also wrote the renowned musical “Gambler,” and was first performed in Germany. The musical features the tough childhood and gloomy life of the 19th-century American poet and novelist Edgar Allan Poe.

Though born with the gift of writing, Poe’s life was full of sorrow as he had to witness his mother’s death during his childhood and later lost his young wife. Eventually, the poet could not break free from poverty, alcohol and depression.

The musical will start its run on May 25 and last until July 24 at the Kwanglim Arts Center in Sinsa-dong, southern Seoul.

Tickets will be available for purchase at the beginning of April.
By Jeong Byung-ki