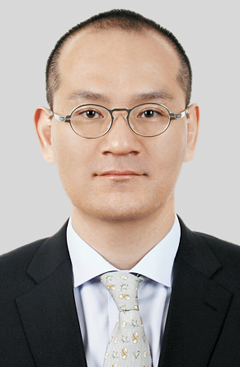 Daelim Industrial Vice Chairman Lee Hae-wook held on to his job on Friday after he made a public apology at the company’s shareholders meeting for apparently abusing his chauffeurs.

Lee, the third-generation heir of Daelim Group and head of the core construction affiliate, recently came under fire after one of his former chauffeurs disclosed in an interview with local media that the Daelim Group heir consistently abused him and other drivers both physically and verbally.

“I apologize to all who have gotten hurt from what I have done. I feel responsible,” Lee said at the regular shareholders meeting at the company’s headquarters in Jongno District, central Seoul, on Friday.

“I also would like to meet every single person [former drivers] personally and apologize.”

Lee did not specify how and when he would carry out the apology.

He also apologized to shareholders, clients and all other stakeholders, saying he felt responsible for hurting the firm’s corporate image.

Lee maintained his membership on the company’s board of directors.

A former driver said in an interview with local media that Lee forced all his chauffeurs to keep the driver’s rear-view mirrors turned sideways and the side mirrors folded while driving, in order not to have eye contact with him.

The demands made him fear working for Lee and led more than 40 chauffeurs to leave the job within the past few years, the former driver said.