From Tolstoy to Trump

From Tolstoy to Trump 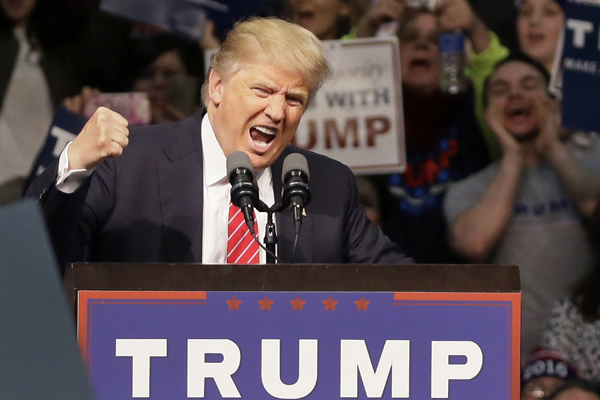 LONDON — One of Leo Tolstoy’s preoccupations was the nature and limits of power. What was it that made France so formidable an enemy, particularly of Russia? This question was at the heart of his greatest novel, War and Peace — so much so that Tolstoy sometimes argued that his book was not a novel at all, but an inquiry into the philosophy of history.

On the limits of power, Tolstoy might have thought a bit more about what Britain’s World War II-era Field Marshal Bernard Law Montgomery later called the first law of warfare. “Do not march on Moscow.” Winter was a more formidable agent of reality than even the German generals who helped the Russians in their successful defense against Napoleon (a lesson of which Hitler, fortunately, took no notice).

As for the nature of power, Tolstoy was neither an economic historian nor a demographer. When War and Peace was published in 1869, on the other side of the Bering Strait stood the United States, which had purchased Alaska from Russia only two years earlier for about two cents an acre.

America was just beginning to emerge as a world power during the surge of globalization in the last third of the nineteenth century, which coincided with the opening up of the American West. With just 4-5% of the world’s population, America has accounted for 20-30% of world output ever since the early days of steam-ships, railways lines, and the building of Chicago.

So at the heart of a great country’s power is its economic might, both aggregate and in terms of the prosperity of its individual citizens. China, with the world’s largest population, may challenge America’s overall wealth, but its per capita wealth is only about one-fifth that of the U.S.

What has made America so prosperous is the country’s ability to mobilize the natural resources of an entire continent, along with political stability and an extraordinarily rare combination of sensible government action and individual entrepreneurial innovation. From Alexander Hamilton on, government has helped to promote and sustain economic growth. Among the fruits of that partnership are America’s world-class research universities and the technological developments stemming from defense-related research.

Another reason for America’s success is that it has been a magnet for the best and brightest from around the world, who have contributed their own talents and energy to the melting pot of America’s narrative. And that process continues.

Demographers predict that the US is the only large developed country that will experience a significant increase in population in the first half of the twenty-first century. Whereas most of the world’s population increase will occur in its poorest countries, America’s multilingual, multiracial, and multinational population of 320 million will probably increase by around 100 million.

Fidelity to America’s motto, e pluribus unum (“out of many, one”), has made the country one of the greatest success stories in world history.

Given all this, Donald Trump’s presidential candidacy embodies dangerous fantasy at every level. For one thing, erecting walls to protect America from the world, as he advocates, could not work.

Trump’s agenda speaks to the big lie at the heart of the populism now roiling both America and Europe. We want our sovereignty back, people shout. We want to control our own lives and our own borders. In Britain, which in June will hold a referendum on withdrawal from the European Union, these sentiments are crudely stirred by anti-EU ministers who lie about the extent to which an allegedly dictatorial regime in Brussels interferes with the discharge of their official duties.

And too many are easily deluded into believing that there is a simple solution to Europe’s migration crisis. Build walls. Send them all home. Stop the world, we want to get off.

The truth is that the pressure on Europe’s frontiers will continue, especially if more poor states to the south and east break down. Europeans can address this major problem of our generation only by working together to craft coherent foreign, security, economic-development, and immigration strategies, not by dismissing our neighbors and their policies. We must tackle the problem at its sources, by rebuilding failed states and giving their populations a reason to stay at home.

Neither America nor Europe should abandon their policies to the populists’ dangerous virtual reality. Theirs is not the world we live in or a world we should want to live in. It is a fictional world, but with none of the bearing on our problems that attracts generation after generation of readers to Tolstoy’s work.


*The author, the last British governor of Hong Kong and a former EU commissioner for external affairs, is chancellor of the University of Oxford.