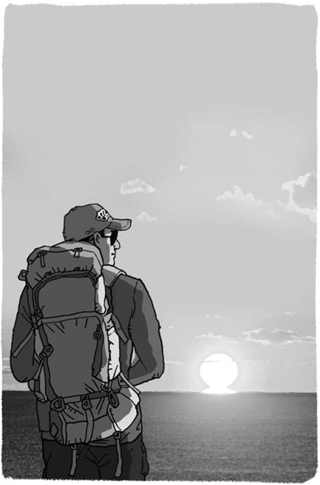 I spent a few hours in a coffee shop in Gangnam last week finishing up some paperwork and reading a book. The coffee shop was beautifully appointed with comfortable leather chairs, oak woodwork and the café latte was served to me in a delicate porcelain cup. As I was the only customer in the coffee shop for most of the time, I had a chance to talk with the young man who served me.

A thoughtful young man with an inquisitive mind, he made several remarks about Korean culture that I found quite insightful and I was tempted to ask him to sit down with me at the table for a bit, although I feared that might not be an appropriate request.

In any case, I threw a glance at him every 20 minutes or so and saw him sitting behind the counter looking vaguely bored as he fiddled with his smartphone.

By the time I left the café I felt deeply disturbed by what I witnessed and I have to admit that I no longer feel comfortable drinking coffee at coffee shops as I did before. Here I found an extremely talented young man, a product of Korea’s excellent educational system, who was literate and insightful, but who is working in a position that offers him no opportunities to learn new skills, no chances to work together on a common project with his peers, no chance to learn from a senior employee and no opportunity to offer his ideas as to what innovations can be carried out in the company.

I scratched my head and asked myself “Is this how Korea treats its most valuable assets, worth more than gold or diamonds?” Could it be that after that much schooling, that many nights of studying for tests and of writing essays in one of the most competitive educational systems in the world — which is, by the way, a system in which Korea has invested billions of dollars over decades — the final use of that talent is working at an uncertain job without any particular challenges or rewards?

It is not as if there is no work to be done in Korea. We need to create a society in which citizens come together to address common problems, and to build a sustainable economy in which all energy is produced from wind and solar power, and to establish new systems for how we will govern our society during an age of profound change.

And there are many elderly Koreans who live in poverty, sometimes starving to death because they are too weak to feed themselves. They, the men and women who built Korea need help desperately, but there are no highly paid jobs available for young people to help them either.

And as we know from the recent match between Lee Se-dol by Google’s DeepMind AlphaGo we need to harness the imagination and the creativity of all young people to come up with solutions to the challenges posed by rapid technological change.

If humans give a positive direction to the evolution of technology so that it serves a real purpose in our society, rather than just dehumanizing our experiences in the pursuit of profit, there may be hope.

And the relentless development of weapons in North Korea follows the same exponential curve as the evolution of computers, with no limits in sight for how sophisticated those missiles and bombs may become. Nor is the development of such weapons technology limited to North Korea. We need every young mind working on creative new “outside-the-box” solutions to these new threats.

But these young men and women working in coffee shops are not allowed to play a role in solving the challenges of our age. If anything, the coffee shop lulls them into distraction and they forget the dangers that we face.

Technology will not drive Korea’s future economy: creative people who can give a direction and a purpose to technology will lead it.
These young people are not customers to sell goods to, and they are not products to be offered for consumption. They are Korea’s future and they are far more valuable than a semiconductor fabrication plant or a new real estate investment. Making sure that they reach their full potential is Korea’s only road forward.