‘Batman v Superman’ a hit at home and in Korea

‘Batman v Superman’ a hit at home and in Korea 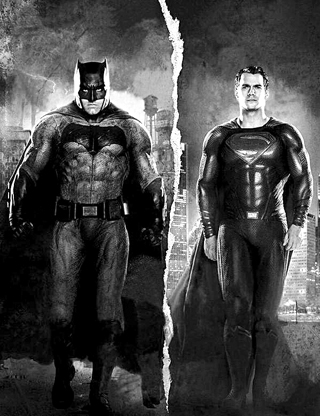 Faster than a speeding bullet and impervious to lousy reviews, the superhero face-off “Batman v Superman: Dawn of Justice” rebounded from a smack-down from critics to debut with a massive $170.1 million in North America, the sixth-best opening of all time.

It also blew other candidates away in the Korean box office, selling over one million tickets over the weekend to land confidently in first place. It accounted for more than 68 percent of weekend box office sales, taking in 9.9 billion won ($8.5 million), according to the Korean Film Council on Monday.

The stakes were high for the Warner Bros. release, which cost $250 million to make and about $150 million to market. But the studio’s bid to launch a DC Comics universe to rival Marvel’s empire was met with persistent PR pains and numerous changes in the release date.

It fought skepticism over Ben Affleck’s casting as Batman and a barrage of bad reviews earlier in the week. Things were bad enough to spawn a ubiquitous viral video of “Sad Ben Affleck,” which took the actor’s response to the reviews and scored it with Simon & Garfunkel’s “The Sound of Silence.”

The mighty debut was met with a huge sigh of relief by Warner Bros., which invested its full marketing power in “Batman v Superman.” The film, directed by Zack Snyder, is the first of 10 DC Comics adaptations planned by the studio over the next five years. Along with pitting Henry Cavill’s Superman against Batman, it introduces a number of other heroes soon to get starring roles, including Wonder Woman (Gal Gadot) and the Flash (Ezra Miller).

“There was a disconnect there between what critics wrote and the fan interest,” said Jeff Goldstein, head of distribution for Warner Bros. “What we’re seeing is a huge amount of repeat business.”

“Batman v Superman” dominated Easter weekend with the kind of blockbuster performance usually reserved for Memorial Day or July 4th. In second was the Disney Animation hit “Zootopia,” with $23.1 million in its fourth week of domestic release. The go-to family release of the season, it has earned nearly $700 million globally. Universal’s “My Big Fat Greek Wedding 2,” a sequel to the 2002 hit romantic comedy, debuted with $18.1 million in third.

At the Korean box office, “Zootopia” dropped down to second place. The movie has remained at the top tier of the local box office since it was released five weeks ago on Feb. 17. The film has so far been enjoyed by 3.2 million viewers here, earning 24.8 billion won in Korean theaters.

Meanwhile, Warner Bros. is hoping its superhero success continues for its next DC Comics property, the all-villain team-up film “Suicide Squad,” due out in August.

Marvel and Walt Disney may also be eyeing the results of “Batman v Superman” with interest. Their next installment, “Captain America: Civil War,” coming out in May, likewise pits two heroes (Iron Man and Captain America) against each other.