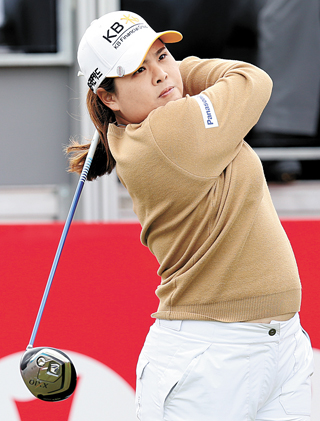 Park In-bee with her XXIO driver. She says her drives have improved substantially with the XXIO series. [AP/NEWSIS]

Golf is high on the list of interests for Korean fans for the Olympic Games as the national female team has a high probability of bringing home medals.

However, behind all the drama and competitiveness, the actual equipment used by top-ranked golfers can make or break a tournament-winning stroke.

There are currently five South Korean golfers in the top 10 of the world ranking, including Park In-bee at No.2, Kim Sei-young at No.5 and Jang Ha-na at No.6. With the roster for the Olympics to be decided in July based on the ranking, the golfers who will actually make the cut is anyone’s guess. And the most trusted ally for Park, Kim and Jang is their equipment.

For Park who recently placed second in the KIA Classic, her appearance at Rio is highly probable, largely due to her performance in 2014 and 2015. She clinched three wins in 2014 and five in 2015.

Ranking is based on a player’s performance over a rolling two year period. Although Park is known for her putting expertise, her drives made her who she is today.

The instability in her drives after her glamorous debut in 2008 forced Park into a slump and posed a threat to her career. But when she changed her driver in 2012 to XXIO series of Dunlop Sports, the club helped her optimize her drives and eventually she powered out of the slump.

Her fairway accuracy - the percentage of a ball landing in the fairway, the space between the tee box and the green where the grass is cut evenly - saw an annual increase from 73.42 percent in 2012 to 74.45 percent in 2013 and finally 77.98 percent in 2014. Subsequently, her green accuracy increased and so did the likelihood of grabbing birdies. 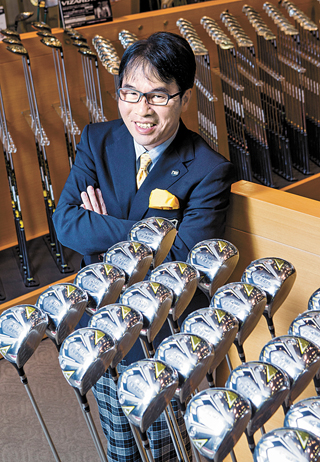 This year, Park is playing in the tournament with the new XXIO 9 driver. “I have been using XXIO clubs for a while,” she said. “I placed first in LPGA Official Money standings, became the player of the year and achieved a career grand slam with XXIO. So I have the utmost faith in the gear.

“I started using the new XXIO 9 at the end of last year. It has a heavy head and a light shaft. I feel the trajectory of my swing has become more compact and effective since I made the change. My driver distance has increased but what’s more is that my swings are more stable and efficient,” Park added.

For Kim, her trademark is distance. However, it is her sharp iron shots that played a decisive role in her recent success, including her efforts during the JTBC Founders Cup to tie the LPGA lowest score at 27-under. In the final round of the event, Kim’s green accuracy stood at an astonishing 89% and allowed her to score 10-under 62, her lowest single round record.

Her high quality iron shots also contributed to Kim’s first LPGA win. Kim recorded 100% green accuracy in February 2015 at the Pure Silk Bahamas LPGA Classic. Owing to her meticulous iron shots, she kissed her first LPGA trophy. When she played in the LPGA Lotte Championship two months after the win at the Pure Silk Bahamas, she went into the playoffs with Park and scored a miraculous eagle to win the title.

Kim uses MP-55 irons by Mizuno. She inked a sponsorship deal with Mizuno in 2014 which coincides with the increase in her performance. Kim became a top ranking golfer in Korea in 2014 and joined the LPGA the following year to win the rookie of the year award.

“In the determining moments, Mizuno irons always stuck with me,” said Kim. “Its accuracy and the thickness behind the impact are well known. The new MP-55 gives me more solid feel,” she said.

Jang’s albatross on a par 4 in the Pure-Silk Bahamas Classic in January was the first of its kind in the LPGA. Although it is early in the season, her historic hole-in-one is deemed to be a likely contender for Shot of the Year. Jang also hit a course-record tying shot during the HSBC Women’s Championship. In the last round of the tournament, Jang’s second shot in the 18th hole that was aimed for the green, landed two meters (6.5 feet) away from the hole. Jang eagled the hole to win the second title of the season.

Jang used the same wood for her record-setting albatross and game winning eagle: The TW727 by Honma Golf. The strength of TW727 is its easy-to-address performance and easy use. Also, the trajectory and traveling distance of the shot has been maximized as the enlarged head and thinned face of the wood compared to the previous version have increased the propulsion of the club.