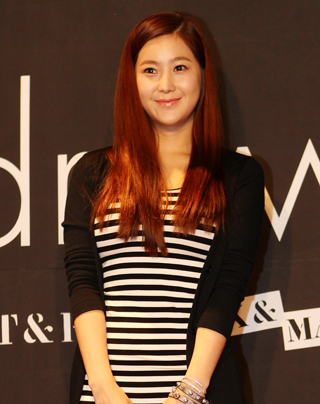 Singer and artist Solbi has become the face of the 2016 Seoul Modern Art Show.

The host of the show, the Seoul Fine Arts Association, appointed the star on Wednesday as an ambassador and promoter for the event.

The artist hosted two solo exhibitions of her artwork, including one that just ended Wednesday.

“I want to inform the public that art is not just for artists,” the actress said. “But in fact, art is around us to enjoy it.”

Solbi reportedly will spend time interacting with visitors and explain the art pieces at the event.

The 2016 Seoul Modern Art Show will include nearly 1,500 pieces of sculpture, painting and photography by around 100 artists. The show will run for four days beginning April 8 at the Seoul Arts Center in Seocho District, southern Seoul.