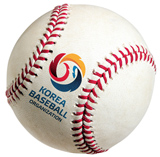 The Korea Baseball Organization (KBO) regular season begins today and all 10 KBO teams, including the defending champions Doosan Bears and cellar dwellers LG Twins and KT Wiz, are looking forward to a fresh start. Although there’s a lot at stake for all the teams, they all hope to take advantage of the clean sheet start to reach their respective goals. In the offseason, the teams have undergone few changes

For the reigning Bears, the title throne is at stake this season and they will do whatever is necessary to protect their crown.

Although the Bears lost Kim Hyun-soo at the end of the season to the Baltimore Orioles of the Major League Baseball, Jung Soo-bin, the 2015 Korean Series MVP and the impetus behind the Bears’ success, is still with the club and has honed his game. The Korean Series is the final series of KBO’s postseason playoff.

During the KBO preseason that ended last Sunday, Jung, who is likely to be the table setter for the Bears, had a slow start with nine hits during 51 at-bats, collecting a .176 batting average (BA), two home runs and eight runs batted in (RBI). However, the unimpressive preseason report card is partially due to Jung’s attempt to pace himself to prevent injury. “My goal is to play in all 144 games without injury this season,” said Jung. “I have always set goals in terms of the number of hits I would like to collect each year. But this year, my aim is simply to play better than last year.” The Bears will take on the Samsung Lions in Daegu today.

For the Lions, their objective for this year is straightforward: overthrow the Bears and reclaim the top.

The Lions placed first in the regular season last year and were aiming to take over the Korean Series once again for the fifth consecutive year, only to have the Bears rob them of the trophy. Ironically, their season opener at home today is against the Bears.

After the unsettling loss to the Bears, the Lions spent a productive winter. Aarom Baldiris, who joined the club during the offseason transaction window, has been putting out a solid performance on the plate. Baldiris went 18-for-45 during the preseason, hitting one home run and tallying nine RBIs.

Collin Balester, former pitcher for the Major League’s Cincinnati Reds, also came aboard over the winter. He’s had a 4.09 earned run average (ERA) in exhibition games, clinching two wins and one loss. The Lions, as they have been for the past decade, are a fitting contestant in the Korean Series this year.

The Dinos are heading into their fourth season with high hopes. Since their admission, the franchise has steadily risen in the standings.

In their first season in 2013, the Dinos placed seventh in the rankings and did not qualify for the playoffs. In their second season, the Dinos rose to third position in the standings and advanced to the quarterfinals for the KBO playoffs. Finally, in their third season, the Dinos made it to the semifinals for the KBO playoffs. With their persistent rise in the standings, the Dinos are deemed to be postseason material once again, thanks to Park Sok-min’s decision to join the franchise.

The former Lions slugger decided to play for the Dinos over the winter and signed a 9.6 billion won ($8.4 million) contract, making him the most expensive third baseman in the KBO. He’s worth every penny, garnering .429 BA, 3 home runs and 11 RBIs during the spring. Former Seattle Mariners infielder Eric Thames, who became the first player in the KBO to join 40-40 club - the group of batters who collect over 40 hits and 40 stolen bases in a season - also still dwells at the Dinos stadium.

The biggest change for the Heroes is their new ballpark. Settling in the newly built Gocheok Sky Dome, the first domed stadium in Korea, the Heroes hope to draw in larger crowd than before and offer them memorable baseball experiences. But whether they will be able to offer the fans as good of a performance as last season is questionable.

The Heroes were the home team of Park Byung-ho until last season, who started playing for the club from 2011. During his four seasons with the Heroes, Park nabbed two League MVP titles, three Golden Glove Awards, four home run titles, four RBI titles, two slugging percentage titles and one All-Star Game MVP title. Simply put, it wouldn’t be exaggerating to say that Park is an irreplaceable talent. But now, Park has gone to the Minnesota Twins in the Major League. Although the Heroes have tried to bolster its batting lineup by bringing in new faces such as Chae Tae-in, it is beyond doubt that Park will not be easily replaced.

The Heroes will begin their season against Lotte Giants at home today.

Although the Wyverns lost some of its key players over the winter transfer window, the franchise is still deemed to be a contender for the postseason. One of the players who left the Wyverns is relief pitcher Jung Woo-ram. Jung, who played for the Wyverns from 2004 to 2015, left the franchise to join the Hanwha Eagles as a free agent after inking a four-year contract with the Eagles worth 8.4 billion won. Despite losing Jung, the Wyverns can rest a bit easier, thanks to Choi Jeong. The three time Golden Glove winning third baseman joined the Wyverns roster in 2005 and inked a free agent deal with the team prior to last season. The four year contract was worth 8.6 billion won, making him the highest paid batter before Park Sok-min signed a 9.6 billion won contract with the Dinos. Although Choi had a rough season last year due to incessant injuries, he is ready to make a comeback. “Choi is the star of this team,” said Wyverns skipper Kim Yong-hee. “Choi has to stay at the top in order to inspire others in the team to perform better.” Choi had .240 BA, or 6-for-25, one home run and 10 RBIs during the spring.

“We would like to see our fans at the stadium in the fall,” said Kim Sung-keun, the manager of the Eagles. The Eagles have topped the list in terms of the salary paid to players among the 10 KBO teams. Numbers aside, Kim’s wish to play in the postseason this year may well become a reality. The skipper’s got Wilin Rosario in the roster. Rosario joined the Eagles over the winter from the Colorado Rockies in the Majors and inked a contract worth $1.3 million. The former big leaguer went 17-for-43 during the preseason, ranking second in the standings for batters. He also blasted four balls out of the park and collected 8 RBIs. As well as Rosario on the plate for the Eagles, there is Jung Woo-ram on the mound. Jung, who joined the team from the Wyverns, is considered one of the best pitchers in the KBO today. As a closer, Jung’s played in five of the exhibition games and grabbed one hold and three saves while conceding no runs-scored. Jung is expected to add a lot of strength to the relief lineup for the Eagles.

The Eagles will travel to Jamsil, Seoul, to play LG Twins today.

Things aren’t looking good for the Giants at the moment. One of the pending tasks for the Giants after last season was to buttress its relief pitching lineup. The Giants spent 9.8 billion won to bring in Son Seung-lak and Yoon Kil-Hyeon. But, despite the astronomical investment, the performance of Son and Yoon during the spring was disconcerting.

Right-handed reliever Son played in six games during the spring and had a disappointing 7.20 ERA. Yoon also played in six games. Although his ERA was more promising than Son at 5.40, his performance still failed to meet expectations considering the amount of money the Giants put up for him.

However, the Giants are hoping that things might be turning around soon. As the season is on the horizon, they seem to be making progress in adjusting to their new team. This was evident on March 20 when they went onto the mound in the eighth and ninth without conceding a single point.

The Busan based baseball team will travel to Gocheok Sky Dome in Seoul to take on the Nexen Heroes this weekend. Its first home game is slated for April 5.

When asked about pitcher Yang Hyun-jong, the Tigers star reliever Yoon Suk-min said, “The true ace of our team is Yang. He’s been leading the pitching lineup since 2013. Despite his success and fame, he is always hard working and truly an inspiration to others in the team.”

Yang’s had an outstanding season last year. Throwing in 32 games while playing in 184 innings, Yang nabbed 15 wins and had only 6 losses, collecting a 2.44 ERA throughout the season, making him the only pitcher in the KBO with an ERA lower than three. “I had a good season last year,” said Yang. “When I was nominated for the Golden Glove Award though, I was a little skeptical whether I deserved the honor. I think it was a message for me to push myself harder.” And he sure has been working hard, especially concentrating on boosting his physical stamina.

The Tigers pitching lineup composed of Yang, Yoon and Hector Noesi is without a doubt one of the most robust lineups in the KBO.

The Tigers are scheduled to play the NC Dinos in an away game in Masan today.

The Twins hope this year will be different than the past 10 years, where it has been listed in the top half of the standings only twice; in 2013 when the team finished third and in 2014 when the team finished fourth. One of the changes the team made was bringing in a new catcher, Jung Sang-ho with lucrative contract worth 3.2 billion won for four years.

Given that starting catchers for the Twins have changed every year in the past four years, recruiting Jung can be seen as an initiative to finally stabilize the position. Although his performance during the spring wasn’t all that impressive with a .267 BA and 1 RBI, it is his ability to lead the game behind the plate that is deemed invaluable for the Twins. “Jung’s knack for defense will become a vital asset for our team,” said the skipper Yang Sang-moon.

The Twins’ third baseman Luis Jimenez is also confident about the new season which was evident in his hustling play on Wednesday during a pickup game. “This is my second season with the Twins,” said Jimenez. “I would like to play a big role for the team offensively, defensively as well as running the bases.”

After joining the KBO in 2015, the team sure paid its dues as it placed last in the standings last season. However, for their second season in the first division baseball league, the Wiz hopes to turn things around.

During the preseason, two of the Wiz players, Kim Sa-yeon and Kim Sang-hyeon, were listed in the home run top five standings. The team also finished second after the Lions with 10 wins, five losses and one draw. One of the drivers behind Wiz’s high expectations for the season is newly joined outfielder Yoo Han-joon.

Yoo signed a 660 million won deal with the Wiz over the winter. Before coming aboard, Yoo collected .362 BA, 188 hits, 23 home runs and 116 RBIs for the Heroes in 2015. He’s had nine hits and six RBIs with .375 BA this spring. While the team’s performance in the preseason was superb, it is nothing but a prequel before the actual showdown.

“We know we are yet to reach the level to be considered postseason material,” said the Wiz manager Cho Beon-hyeon at a press conference on Monday. “But we will do our best to escape the bottom.”