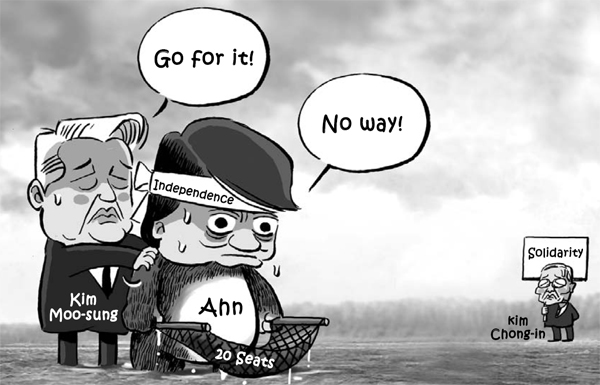 After ruling Saenuri Party Chairman Kim Moo-sung encouraged Ahn Cheol-soo, leader of the splinter opposition People’s Party, to go his way without accepting a proposal from Kim Chong-in, the interim leader of the main opposition Minjoo Party of Korea, to field single candidates in the April 13 general election, Ahn seeks to obtain 20 seats for his party to become a negotiating bloc in the National Assembly.