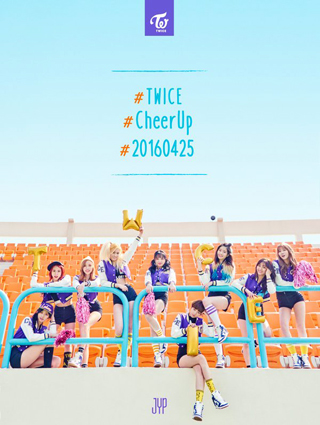 K-pop girl group Twice is returning to the music scene.

“With the second album, Twice will be back with more exciting energy,” the group’s management agency, JYP Entertainment, said of the group’s comeback, which is scheduled for April 25.

Since their debut last October, Twice has pulled off some outstanding achievements for a fledgling group. Their debut song, “Like Ooh Ahh,” which ranked high on many music charts for a significant stretch, helping the group sell roughly 67,000 albums within six months and enter 15 endorsement deals.

Despite their stellar performance, the group suffered from a few controversies. Tzuyu, a member from Taiwan, waved a Taiwanese flag on a TV program, sparking political controversy and backlash from fans in China. She then issued a public apology, which drew the ire of Korean fans, who alleged she as treated unfairly.