It boils down to restructuring

It boils down to restructuring 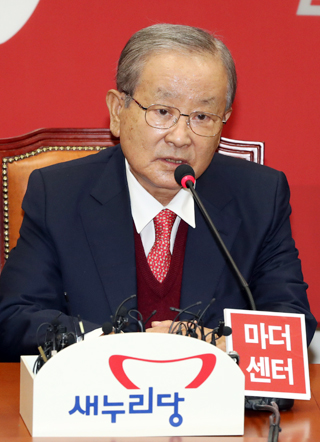 “Typical EPB school,” I thought when I first read the election promises presented by Kang Bong-kyun, the co-chairman of the Saenuri Party’s election campaign committee. They are obvious and bold, with freewheeling ideas. With the clear goal of “growth expansion,” he offered bold policies. Aside from the feasibility, the policies are refreshing. This time, it was different from the previous ruling party pledges that combined familiar promises.

The Economic Planning Board had been in control of Korea’s economic growth during the development era. The vice prime minister-level head used state funding and long-term economic policies to command other economic ministries and the private sector. Along with the Ministry of Finance, a rival in the bureaucracy, the EPB became the predecessor of the current Ministry of Strategy and Finance. Kang and Saenuri Party’s economic policy chief, Cho Won-dong, had been with the EPB.

EPB alums are good at the big picture but rather rough in execution. They are not as detail-oriented as Ministry of Finance officials specializing in tax and finance. So they sometimes have accidents. Right after the foreign currency crisis, when Kang served as the Blue House secretary for economic affairs and the Minister of Strategy and Finance, the government used various bold measures to boost the economy, including the policy to offer income tax exemption for the credit card usage. The purpose was to boost domestic consumption and to make taxable income transparent. But it led to the credit card crisis, and many people became delinquent borrowers.

The Korean version of a “quantitative easing” promise has a clear objective, but it is an extreme measure with considerable adverse effects expected. In short, the central bank will issue notes to do the job for the financial market. Officials who know how the financial market and the Bank of Korea work are skeptical while they understand the intent.

Restructuring is an urgent task to clean up industries that lost competitiveness and bring new energy to the economy. But it is an unpopular policy as it could make employment and markets unstable for now. But Kang’s policy is a slap to politicians and bureaucrats who are reluctant to pursue restructuring and make welfare promises to win votes. If they find Kang’s pledge painful, they should make it possible with more realistic details.