Man behind MSG in Korea dies

Man behind MSG in Korea dies 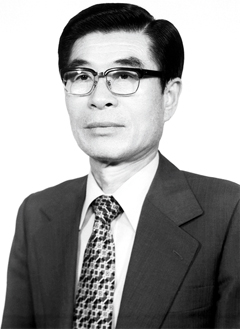 Lim Dae-hong, founder of food conglomerate Daesang Group, died on Tuesday, the company confirmed on Wednesday. He was 96.

Born in Jeongeup, North Jeolla in 1920, Lim is credited with introducing Korea to the artificial flavor enhancer monosodium glutamate, or MSG. This was the basis for the group’s growth into the top player in the nation’s seasoning market.

He flew to Japan in 1955 to learn the technical processes behind MSG production. At the time, Japanese products dominated the domestic seasoning market.

The founder began manufacturing the country’s first MSG product, Miwon, that year at a plant in Busan, South Gyeongsang.

The plant was the first in Korea to produce a seasoning product. 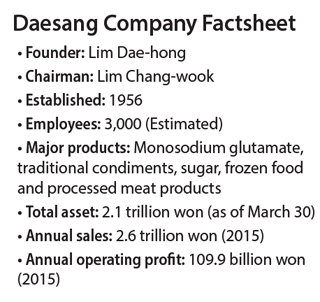 The product has been a hit ever since, and continues to enjoy market share exceeding 90 percent.

After the production of Miwon, the founder set his sights abroad. In the 1970s through the 1980s, the company opened offices in Indonesia, Japan, the United States and Hong Kong, among other locations.

In the 1980s, Lim opened a research and development center. This is also when Daesang started expanding its business scope from seasoning products to processed food and coffee.

He bestowed the top management position to the eldest son, Lim Chang-wook, in 1987.

Even after his departure, he went on to engage in the development of key products.

The group didn’t issue a formal statement regarding the founder’s death as per his wishes.

A funeral was held at Severance Hospital in western Seoul.