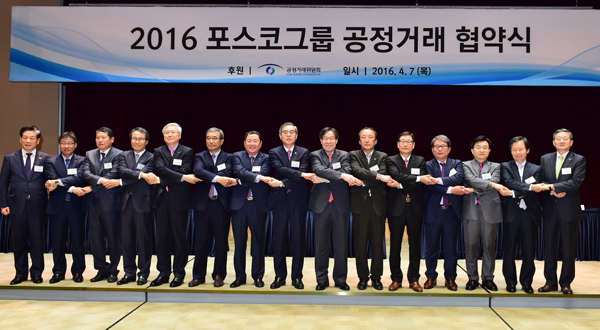 Posco Group said on Thursday that its affiliates will increase their competitive bids on orders up to 75 percent this year, from the current 65 percent. The group made the promise after it reached an agreement with its 884 suppliers.

Executives of the group’s major affiliates in the procurement division and nearly 100 CEOs of supplier companies held a signing event and discussed future collaborative projects at the group’s headquarters in southern Seoul. The Korean Fair Trade Commission Chairman Jeong Jae-chan also attended. Posco Group also plans to gather a 423 billion won fund to offer lending to its suppliers at an interest rate at least 1 percent cheaper than the market average.