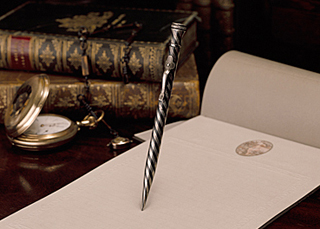 Sharp used to be one of the leaders in Japanese electronics industry, and Foxconn’s takeover of the company left sharp sense of loss. The company changed the name to Sharp as its Sharp mechanical pencil was popular and became a generic term. Sharp has been one of the companies that Japanese people felt most familiar with for over a century. Today’s consumers wouldn’t imagine a mobile phone without a camera. Sharp was the first company to introduce a mobile phone with a camera in 2000. And the company has been sold to a Taiwanese company.

Japanese companies were strong not just in finished products. In 1987, five of the top 10 semiconductor makers were Japanese, dominating the top three. Last year’s statistics show that Toshiba was the only Japanese company on the list in seventh place, and its market share is constantly shrinking. Why happened to Japanese electronics industry?

In short, they had bad timing. They missed the opportunity to resolve the aggregated surplus supply until the early ’90s, the switch to digital in the late ’90s and the move to smartphones that combined functions of all personal electronic devices into one. They were carried away by technological superiority and failed to part with domestic consumers, who rave over just about any new product, and target the ever-changing global market.

However, Japan still has hope. The parts, materials and manufacturing equipment companies that have supported the Japanese electronics industry are still strong.

While consumers may not be familiar with Keyence, Murata Manufacturing, Fanuc, TDK and Kyocera, they continue to grow constantly, unlike the dwindling electronics industry. If these companies stopped operating, Foxconn, the biggest electronics manufacturer in the world, could not function and Samsung Electronics could not produce now smartphone cases.

The Korean electronics industry has been following the path of the Japanese industry, especially the electronics field, and has taken over Japan’s position in the past 10 years. But we are worried that the leading position may not be secure for long, as Chinese and other newcomers are gaining ground. In order to get over such concerns, Korean companies must not miss the opportunities that Japan failed to capture and make the fundamentals healthier.

As a company grows bigger, the gene to detect the right timing and pursue timely innovation seems to become modified or lost. In order not to repeat the mistakes of the Japanese electronics industry, Korean companies are rearming with a start-up spirit and taking on new challenges, and we need to support their efforts. No major company would unconditionally buy materials and parts made by small and medium-sized ventures regardless of quality just because they are made in Korea. The conglomerates are making choices to compete and survive in the global market. If the small and medium-sized companies are struggling with the high-handedness of conglomerates demanding lower price and unreasonable changes in the supply chain, they need to make sure they have solid competency in the global market instead of envying Fanuc and Murata’s technological edge.

For over a decade, the government and companies have been working on domestic production of parts and equipment. There have been failures and successes. But now, we need to stop using the term “domestic production,” an exclusive and nationalistic expression that minimizes Korea’s stance. We should pursue globalization of parts and equipment. To save Koreans the sharp pain of loss from Sharp’s sale, conglomerates and small and medium-sized ventures need to work together and grow together.


*The author is the CEO of SoftBank Ventures Korea.