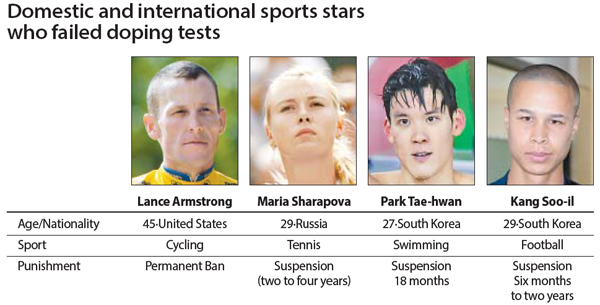 The Korean Sport Olympic Committee (KSOC) ruled last Wednesday that it would not waive its regulation that blocks South Korean swimmer Park Tae-hwan from joining the national team for three years following the expiration of his 18-month suspension by the International Swimming Federation (FINA) for failing an out-of-competition doping test.

“Doping is detrimental to proper sportsmanship conduct,” said Kim Han-kyum, a professor at the Korea University College of Medicine. “Whether they had advance knowledge or not, the responsibility for doping falls entirely on the athlete. There should be zero tolerance when it comes to doping. If not, the practice cannot be eradicated.”

Prof. Kim said KSOC’s decision was inevitable and that it would be unfair to give Park special treatment.

Prof. Kim served as the chairman of the Korea Anti-Doping Agency (KADA) from 2012 until last year, meaning he was in office when the Park controversy first emerged in September 2014. He says he understands that Park wants an opportunity to redeem himself after what happened, but maintains that there can be no exceptions when it comes to doping. JoongAng Ilbo conducted an interview with Prof. Kim at Korea University medical center in Guro to discuss his thoughts about doping.

Q. Recently, Russian tennis star Maria Sharapova was convicted of doping. Doping scandals seem to be pervasive in and outside of Korea. What is your opinion on doping?

A. Doping is irresistible yet fatal temptation. Drugs in the sports world, where 0.001 second can make all the difference, are a very powerful but completely illegal weapon. Drug abuse devastates an athlete’s mind and body. There are many cases where athletes eventually died after taking amphetamines. There are even cases where female athletes who consumed excessive amounts of testosterone eventually suffered from hormonal problem.

Meldonium, which Sharapova was convicted of taking, was only listed as illegal drug this year. Can you explain how drugs are added to the list?

Every September, World Anti-Doping Agency (WADA) announces the list of newly banned drugs and the list comes into an effect the next January 1. When the agency obtains information that a commercially developed drug has any enhancing effect on an athlete’s performance, they begin checking immediately. If it has conclusive evidence that it does, in fact, help athletes, the institution adds the drug to the list. 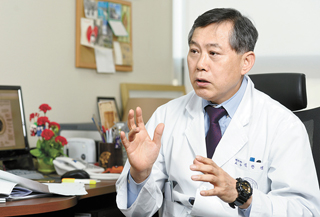 Athletes like Park Tae-hwan insist that they simply did not know what they were taking. What would you say to that?

Whether they knew or not does not matter. They might have been injected with the drug while they were asleep, but the responsibility still lies entirely on the athletes. “Zero tolerance” is WADA’s rule, and no one is overlooked.

But aren’t there some cases where an athlete has truly been falsely charged?

Of course. This was the case with South Korean shooter Kang Hyung-chul in 2011. He went to the hospital with a common cold and specifically asked his doctor to prescribe medicine that wouldn’t cause problems with his status as a national team member. But a banned drug in his prescribed cold medicine was discovered and he was suspended for a year and two months. Although the doctor that prescribed the medicine appeared before WADA to testify and admit medical negligence, it did no good.

Can you elaborate the case of Lance Armstrong, which has impacted the way WADA deals with doping?

He consumed various illegal performance-enhancing drugs for years, including testosterone, Erythropoietin (EPO) and other illegal substances. To avoid tests, he used various methods including issuing fake prescriptions. He also took trips from time to time to avoid doping tests.

I’ve heard that WADA’s requirement that athletes report their whereabouts came to be because of Armstrong. Is this true?

This is true. Armstrong’s whereabouts were often ambiguous and it was difficult for WADA to track him down to conduct a doping test. So, WADA made a regulation requiring athletes to report their whereabouts. If they don’t, the agency will consider them to have doped. South Korean badminton player Lee Yong-dae received a one-year ban because of failing to report. But it was later confirmed that it was administrative error by Badminton Korea Administration and his suspension was lifted.

How advanced are Korea’s abilities to test for doping?

Doping tests can only be conducted in locations designated by WADA and all the results are submitted to the agency. In Korea, the Korea Institute of Science and Technology (KIST) can carry out the inspection for WADA. KIST is equipped with cutting-edge equipment including spectrophotometry, which analyzes the way a substance reacts to ultraviolet and infrared light. If South Korea develops doping inspection techniques based on its advanced medical technology, it could export that technology overseas. Also, in the process of doping testing, it is possible to develop new substances and new drugs that can benefit regular patients as well.