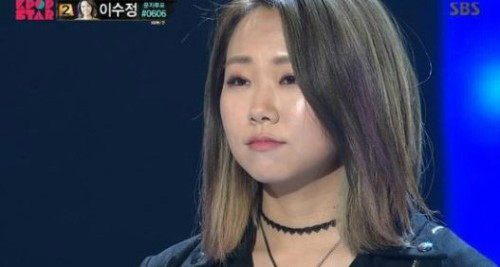 The finale that aired Sunday featured a showdown between finalists Lee and Ahn Ye-eun. Lee clinched a resounding victory, earning a perfect score from all three judges for the first time in the program’s history.

After a subpar performance from Lee in the first round of the final battle, fans were expecting Ahn to take the title. But Lee bounced back with a second-round upset.

Ahn, who had a stellar performance of her own with the Stevie Wonder classic “Part-Time Lover,” had to settle with second place after Lee’s unprecedented perfect-score performance of the song “Sticker,” which was composed by her opponent Ahn.

“I feel so good and very thankful for the many friends I got to know throughout the show,” Lee said.

The singer decided to join Antenna, the talent agency of Yoo Hee-yeol, one of the three panel judges.