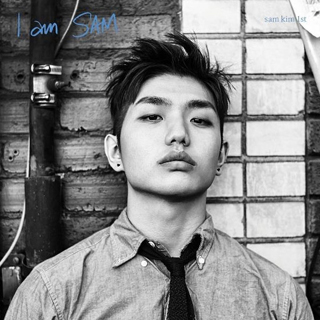 Sam Kim, who finished second in the SBS audition program “K-Pop Star 3” in 2013, has released his debut album, appropriately titled “I am Sam.” He rose to fame on the show with his singing and guitar playing, and with his new album completely self-written and self-composed, Kim has proven his capabilities as a singer-songwriter.

At just 18 years old, Kim shows the sentiment of a young songwriter through his catchy and soft lyrics. In the album, he attempts to expand beyond his forte of ballads, experimenting in other genres like electric funk. His groovy title track “Let’s Leave It” features the rapper Crush.

Punctuating the album’s personal touch is the track “Mama Don’t Worry,” which describes Kim’s time in Korea as a singer. He came to the country alone to pursue a career in music. With his family in Seattle, where Kim was born, he comforts his parents in the song, telling them not to worry about him and that he is doing fine. The song, and the album as a whole, is a testament to how much he has matured in both his character and musical ability.