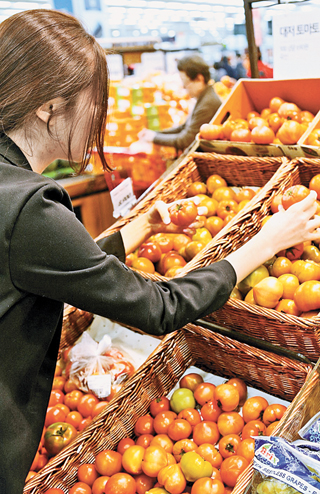 A customer checks tomatoes with a salty taste at Lotte Mart Seoul Station branch, located in central Seoul, on Tuesday. The tomatoes are specially grown in Busan. Lotte Mart said it will sell 100 grams (0.22 pounds) of the tomatoes for 650 won ($0.57) for a week starting from Thursday. [NEWSIS]