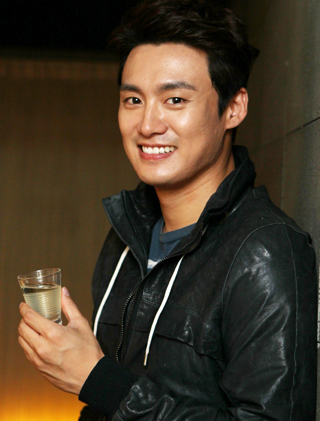 Announcer and actor Oh Sang-jin played a small role in the forthcoming movie “Independence Day: Resurgence,” which may be his Hollywood debut.

Oh’s agent, TPC, announced Thursday that the celebrity recently finished the movie shoot in Hollywood. The actor played the role of a news reporter.

However, according to his agency, Oh’s Hollywood debut may not happen because his scenes may be edited out.

Since the actor’s departure from MBC, where he began his career in 2006, Oh has been a freelancer, appearing on many TV programs and landing roles in popular dramas, most notably “My Love From the Star” (2013-14).

“Independence Day: Resurgence,” a sequel to “Independence Day” (1996), is a sci-fi movie directed by Roland Emmerich, who also directed the previous installment. The movie centers on a battle between mankind and aliens, with both parties having developed much more advanced technology and weapons than in the previous film.

The film stars Liam Hemsworth and Bill Pullman, and is slated to open in June.