Park’s ‘Handmaiden’ to compete at Cannes

Park’s ‘Handmaiden’ to compete at Cannes 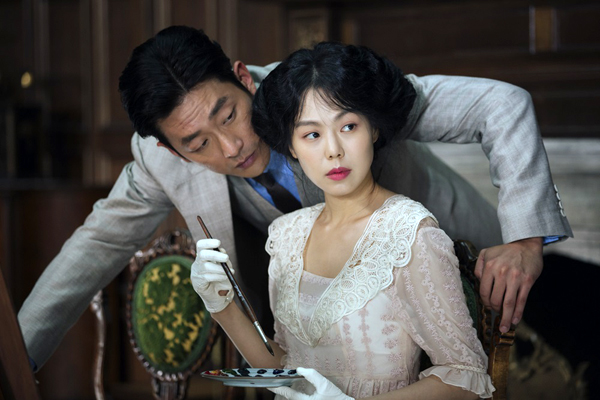 Acclaimed Korean filmmaker Park Chan-wook’s latest film, “The Handmaiden,” has been invited to the competition section of the upcoming 2016 Cannes Film Festival.

The organizers on Thursday unveiled the full lineup for next month’s event, where Park’s latest mystery thriller has been shortlisted along with 19 other films.

This will be the third film of Park’s to compete in the French film festival after “Old Boy” (2003) and “Thirst” (2009), but this year’s entry comes as especially pleasant news for the Korean film industry because no domestic film has made its way to the competition section of Cannes in the past four years. Im Sang-soo’s “The Taste of Money” (2012) and Hong Sang-soo’s “In Another Country” (2012) were the last Korean films to compete at the festival.

“The Handmaiden” is a cinematic adaptation of Welsh author Sarah Waters’ 2002 novel “Fingersmith,” starring a slew of top-notch Korean actors including Kim Min-hee (pictured), Ha Jung-woo and Cho Jin-woong. The setting has been adapted to the Japanese colonial era in Korea (1910-45). Kim plays a millionaire heiress who gets involved in a romantic relationship with her handmaiden.

The film’s competitors at Cannes include Xavier Dolan’s “It’s Only the End of the World” and Sean Penn’s “The Last Face.”
Meanwhile, two other Korean films will head to France to participate in the non-competitive sections of the prestigious festival.
Director Na Hong-jin of “The Chaser” (2008) will participate in the Out of Competition section with his latest mystery thriller, “Goksung,” starring Hwang Jung-min, Kwak Do-won and Chun Woo-hee.

Yeon Sang-ho’s disaster film “The Train to Busan,” which follows a group of people trying to survive a deadly virus on their way to Busan on a KTX train, has been invited to the festival’s Midnight Screenings section.
The Cannes Film Festival runs from May 11 to 22 in the southern coastal city of France.