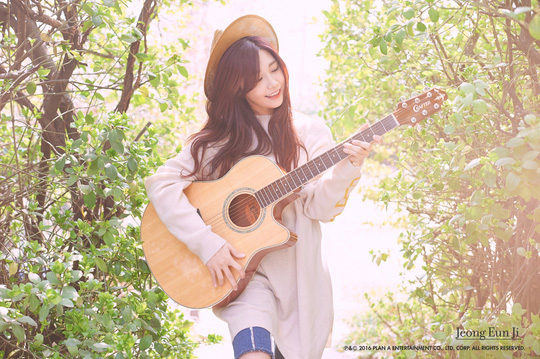 The title song, “Hopefully Sky,” was reportedly produced by DoubleKick, Long Candy and East West. The track, which was written by the singer herself, is a recollection of her childhood memories with her father.

The music video unveiled alongside the track likewise featured the singer in her hometown.

Besides the title song, the album includes five other tracks, each in different colors.

The singer debuted in 2011 as a member of Apink, which originally had seven members. The star’s acting prowess has been as well-known as her singing ability, as she has starred in a number of dramas, including “Reply 1997” (2012).

Debuting as a solo act separate from the singer’s original group is not uncommon in K-pop scene. The SM Entertainment singers Kyuhyun of Super Junior and Taeyeon of Girls’ Generation, are a few of those who have built successful solo careers.