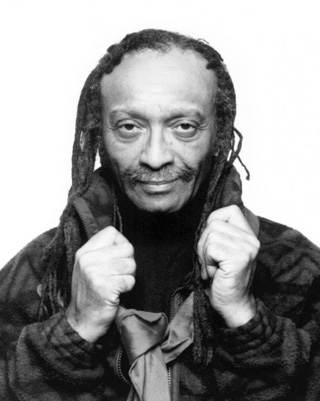 NEW YORK- The 87-year-old jazz pianist Cecil Taylor received a standing ovation as he walked slowly to the stage at the Whitney Museum of American Art, using a cane and holding his assistant’s arm.

No one in the audience Thursday night knew quite what to expect from Taylor. This was only his fourth public performance in the past four years, the last a brief solo at the June 2015 funeral of Ornette Coleman, who along with Taylor revolutionized jazz by launching the free-jazz movement in the late ‘50s.

But though frail in body, Taylor was strong in spirit. Once his hands touched the keyboard, he again displayed his orchestral approach and commanding virtuosity, with percussive flurries, sudden changes in loud-soft dynamics and dancer-like leaps across the octaves.

After the performance, Jason Moran, a leading contemporary jazz pianist who was in the audience, said he was impressed with just how much ferocity, integrity, pacing and care Taylor showed.

“With Cecil, it’s like all of a sudden the years peel away,’’ said Moran, who considers Taylor one of his main influences. “That’s the elixir of the music.”