Marvel gets the showdown film right

Marvel gets the showdown film right 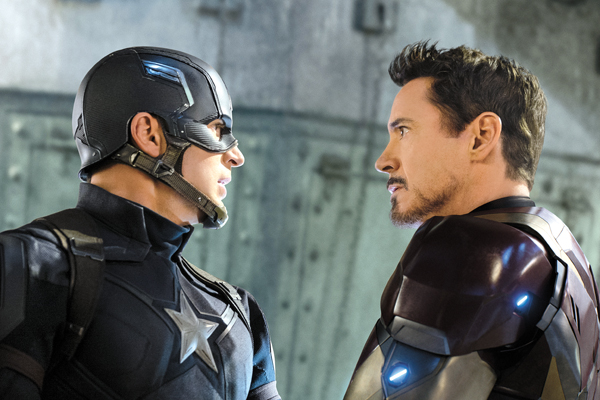 Rarely do superhero films fall short of encompassing the fundamental elements of what a Hollywood big-budget action film should be. The splashy action sequences, the witty banter and the climactic triumph scene at the end are almost never omitted.

However, what plays a decisive role in determining each film’s fate is how well these individual factors are linked to each other under the guidance of a logically convincing and tight plot. If the right balance fails to be achieved, the film can easily become a mockery with CGI overkill and a poor narrative.

The recent superhero match-up “Batman v Superman: Dawn of Justice” fell victim to just that. So the question is, will the upcoming film “Captain America: Civil War,” the most anticipated Marvel film of the year, face the same fate?

The answer is no, to say the least.

The movie, which is the third in the “Captain America” franchise as well as the beginning of the third phase in the so-called “Marvel Cinematic Universe” (MCU), has gone, simply put, bigger and deeper. In the meantime, the film still managed to find room to reestablish each character’s philosophy and the relationships they have with one another.

A universe of its own

On top of that, Ant-Man (Paul Rudd) and Spider-Man (Tom Holland) make memorable appearances, adding up to a total of 12 Marvel heroes appearing in the same movie, the largest number yet.

The film’s main conflict, which is between Captain America (Chris Evans) and Iron Man (Robert Downey Jr.), emerges when a routine mission in a foreign country ends up causing more casualties and destruction than expected.

The world starts to question the legitimacy of their actions, and the government creates what’s called the Sokovia Accords, which is a set of regulations that will restrain their future fighting.

Captain America refuses to sign, defending the group’s autonomy, while Iron Man surprisingly takes the government’s side. The original and newly recruited Avengers members each take a side according to their beliefs and friendships.

This face-off later ends up in totally crowd-pleasing action mayhem in the middle of an airport runway, with a dozen super-powered characters attacking each other.

For loyal followers of Marvel films, this installment will be the pinnacle of them all. Not only because it features the largest number of heroes and the splashiest action sequences, but because each and every member’s philosophy is well-maintained throughout their scenes. It is up to the audience to take sides depending on their preferences. 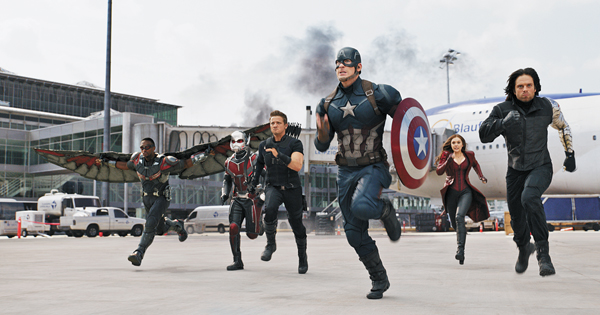 Some may find the film overwhelming since it’s already the third installment in the series and also rumored to be a crucial part of the so-called MCU. And on top of that, it features the largest number of Marvel heroes to date.

As some might have felt uncomfortable watching the new “Star Wars” movie last year because it was the seventh installment in the series, you may feel reluctant to go see this one for fear of feeling left out.

Well, there’s no need to worry. Multiple characters may be introduced, but the story’s chief charm is keeping everything simple and straightforward. There are no implications about the characters’ dark pasts or personal stories we don’t know about.

Even when the struggle intensifies to the point of a major confrontation between Captain America and Iron Man, the film kindly lays out everything we need to know through flashbacks.

At the very least, their reasons are more plausible than those of Batman and Superman in “Batman v Superman,” for which the audience had to come up with their own reasons to make sense of their rivalry.

However, you can’t deny that catching the details that only die-hard Marvel fans would notice would make it even more fun to watch.

With anticipation for the film building with the influx of positive reviews from home and abroad, nearly 70 percent of the presale tickets have been already been sold out as of Thursday.

It seems it’s only a matter of time before this Marvel franchise breaks yet another box office record in Korea. The film opens nationwide on Wednesday, the earliest of all countries.