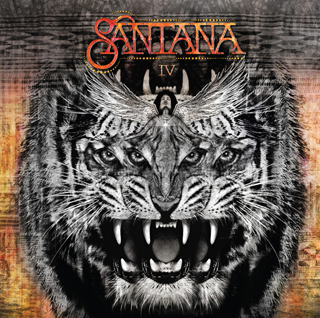 
On “Santana IV,” Carlos Santana is reunited with the core musicians from the band’s first three albums, restoring the team concept to a name more immediately associated with his solo career since the mega-success of 1999’s “Supernatural” and its dizzying array of guest stars.

The return of guitarist Neil Schon and keyboard wiz Gregg Rolie, who left in 1973 to form Journey, along with drummer Mike Shrieve and conguero Mike Carabello, gives Santana the band a natural dynamic and the album a familiar, if overlong flow.

Recorded over two years, “Santana IV’’ is notable for the guitar duets and duels between Santana and Schon.

Adaptations of the band’s hits like “Oye Como Va” (here called “Anywhere You Want To Go”) and “Evil Ways” (now “Leave Me Alone”), two tracks with guest vocalist Ronald Isley and plenty of Latin rhythms provide boosts. An outside producer/editor could have lent freshness to avoid some stilted, programmed percussion, “Hey baby, sit on my lap’’ lyrics and a few songs too many.