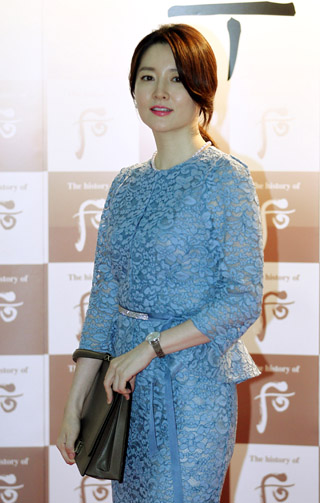 Actress Lee Young-ae has continued her donation spree to help those in need.

According to a report by the Korea International Cooperation Agency on Monday, the star actress has donated $50,000 for the victims of the recent earthquake in Ecuador.

Lee’s donation will be transferred to the Korean Embassy in Ecuador to support the victims with various supplies.

The actress is known for her many philanthropic activities.

Lee was the sponsor of a concert held last year to honor military veterans, donating the entire expense of 400 million won ($348,000).

Earlier this year, Lee also gave 40 million won to a 5-year-old Vietnamese cancer patient who was then getting treated at Seoul National University Children’s Hospital.

Despite Lee’s silence on the subject, word has been getting around thanks to the recipients of her benevolent acts. When asked about her philanthropy, the actress answered by calling it merely her responsibility.

Having emerged on to the public scene in 1990 as a commercial model, the actress has had a strong acting career, starring in many dramas and films including the historical drama “Jewel in the Palace” (2003-04), which enjoyed global popularity.