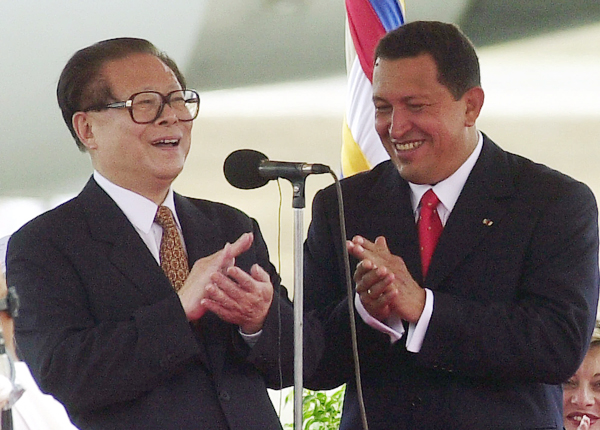 For years now, China has been lavishly courting friends across the developing world. Chinese leaders, in pointed contrast to their Western counterparts, traverse the globe with bursting wallets, doling out aid, cheap loans and infrastructure deals in an effort to procure both influence and raw materials. Commodity-dependent countries get cheap financing for development, despite their often dodgy credit ratings; China gains diplomatic clout and a bargain on those commodities. Both sides win — that is, until they don’t.

The perils of this strategy are quickly becoming apparent. In recent years, changes of government in countries such as Myanmar and Sri Lanka have led to questions about deals signed with China under previous administrations. Now, Venezuela’s slow-motion meltdown is exposing just how terrible these deals can be for both borrowers and for China.

Over the past decade, China has lent more than $60 billion to Venezuela to keep the country afloat and help President Nicolás Maduro remain in power. The loans were largely structured to be repaid not in cash, but in oil. At the time, they seemed to make sense for both parties: Venezuela got funding at preferential rates; China gained an ally and secured a reliable source of oil, which then topped $100 per barrel.
Now that oil prices have plunged to a third of their highs, however, Venezuela is struggling to meet its massive debt obligations. The country needs to ship three times as much oil as it did just 18 months ago in order to pay China back on schedule, effectively tripling its cost of borrowing in real terms.

That’s sparked a vicious cycle. Since China has first claim on Venezuela’s oil exports, the country has very little left over to sell elsewhere. According to some estimates, oil accounts for more than 95 percent of export revenue and nearly half of all public revenue in Venezuela. Shrinking sales are limiting the country’s ability to fund repair and maintenance of its oil fields, let alone repay its debts to lenders other than China. Efforts to expand production risk adding to the current global glut of oil, depressing prices further.

Meanwhile, China’s struggling to digest all the oil being imported from Venezuela and elsewhere. Having apparently topped up its strategic reserves, China has turned to less conventional methods for storing oil while new repositories are built. The seas off its coastline now feature the highest concentration in the world of oil-filled tankers. Given the historically low cost of shipping, this may provide a short-term solution, but it’s hardly sustainable.

China now faces an ugly choice: either prop up a political ally with more cheap loans that may never be repaid, or suffer a default and massive losses. The irony is that there was never any need for China to exchange its loans for oil, a freely traded global commodity available on the open market. Indeed, the only known example of a nation refusing to sell a global commodity came in 2010, when China temporarily cut its exports of rare-earth metals.

China’s best bet at this point may be to restructure its loans to ease the burden on Venezuela, extending the terms of repayment to allow the Latin American country to increase cash flow now. A certain degree of price flexibility could be built into the deal, so that China could still buy discounted oil if prices unexpectedly rise in the next few years. Given the volatility in commodity markets, that should provide Chinese leaders some welcome reassurance. The alternative may be an outright default that loses China an ally as well as oil.


*The author is an associate professor of business and economics at the HSBC Business School in Shenzhen, China.