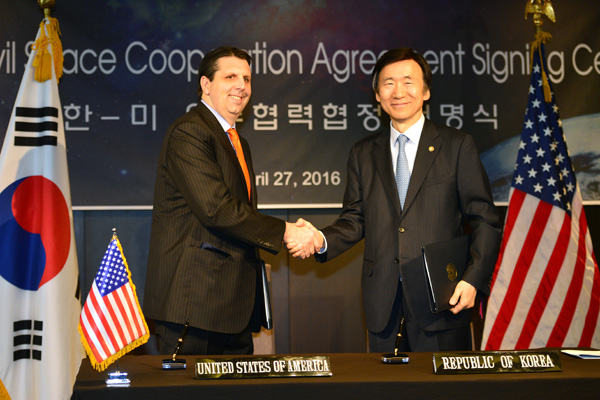 U.S. Ambassador to South Korea Mark Lippert, left, shakes hands with Korean Minister of Foreign Affairs Yun Byung-se, right, to mark the signing of a bilateral civil space cooperation agreement at the Plaza Hotel in central Seoul on Wednesday. The signing ceremony for the agreement, which described the terms of future cooperation in aeronautics and the exploration and use of outer space for peaceful purposes, took place during the three-day South Korea-U.S. Civil Space Dialogue. Korea is the first Asian country with which Washington has signed a space cooperation agreement. [NEWSIS]