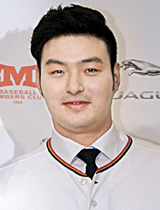 Park Byung-ho of the Minnesota Twins and Lee Dae-ho of the Seattle Mariners had another good day in the major league on Thursday.

Twins slugger Park proved his power to the franchise and its coaching staff once again by blasting another towering home run on Thursday.

During the Twins’ home game at Target Field against the Cleveland Indians, Park played as a designated hitter, going 1-for-3 with one homer and two RBIs.

Park had his first RBI in the first inning when he flied out against Indians starting pitcher Josh Tomlin and brought home Twins’ Joe Mauer.

His dinger came in the bottom of the sixth when the team was behind 4-6. Going up against Tomlin once more, Park smacked Tomlin’s cut fastball past center fence. The true distance was yet again an astonishing 445 feet, according to the ESPN Home Run Tracker. The ball’s speed off bat was 110.4 miles per hour. This is Park’s second-farthest homer of the season.

His farthest came on April 17 when his homer travelled 466 feet, making it one of the farthest home runs in the history of Target Field.

Despite Park’s effort, the Twins lost to the Indians 5-6.

Mariners’ first baseman Lee also made an appearance against the Houston Astros. Not only did Lee make his second showing in two days, but he also played first base while starting first baseman Adam Lind played designated hitter, indicating the Mariners’ coaching staff has grown to trust Lee enough not to operate the platoon system. He went 1-for-4, leaving his batting average as of April 28 at .286.

The Mariners lost to the Astros 7-4, putting an end to its three-game winning streak.