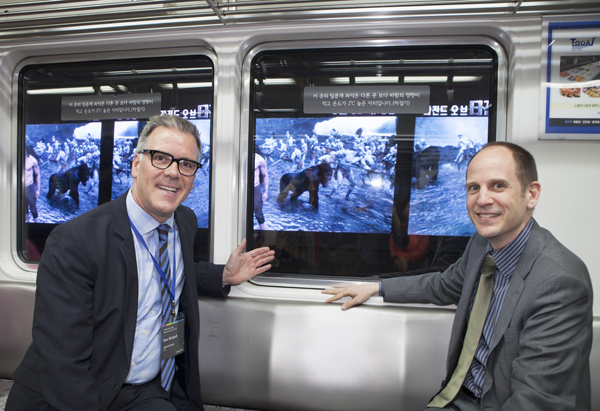 Canadian Ambassador to Korea Eric Walsh, right, poses with Adtrackmedia CEO Ken Bicknell on Friday in front of Adtrackmedia’s LED in-tunnel advertising system installed in a subway tunnel between Gwanghwamun Station and Jongno 3-ga Station in Seoul. The Korea-Canada production of LED in-tunnel advertising is installed in four sections of subway Lines No. 5 and No. 7. Pillars of LED light projections in a fast-moving train are perceived to subway riders as if there is a movie screen along the sides of the tunnel. [PARK SANG-MOON]