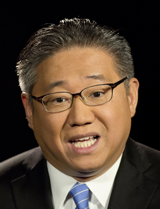 SEATTLE - Kenneth Bae knew he was in trouble when he opened his briefcase for a North Korean customs official and saw a computer hard drive he had meant to leave in China, but he had no idea just how much trouble.

Bae would go on to spend the next two years in detention, including in a labor camp where he was ordered to plant soybeans in the sweltering heat and dig sewage lines through frozen ground. As difficult as it was, the U.S. citizen says, it also gave him a greater understanding of the isolated nation.

“Even though I was in and out of North Korea 17 times prior to that, I only stayed a short period,” he said in an interview ahead of the Tuesday release of his memoir. “By staying as a prisoner for two years, I learned their culture, their way of thinking, how the ordinary people live in their day-to-day lives.”

“Not Forgotten: The True Story of My Imprisonment in North Korea” is being released as North Korea holds two other Americans in custody. One, Kim Dong-chul, was sentenced last Friday to 10 years of hard labor on charges of espionage and subversion.

North Korea routinely accuses Washington and Seoul of sending spies to overthrow its government, while outsiders say North Korea seeks to use its U.S. detainees to wring concessions from Washington.

Bae, 47, was born in Seoul and came to the United States with his family in 1985. After attending the University of Oregon and a seminary in St. Louis, he moved to China in 2006, where he began missionary work. In 2010, he began leading small tour groups into North Korea.

The hard drive that landed him in custody contained files about his missionary work as well as a documentary video showing emaciated North Korean children scrounging in the dirt for food, materials that North Korean officials considered subversive.

Agents brought him to a hotel in northeastern North Korea. There, he writes, he was held in seclusion for one month as officials grilled him about his family, who had sent him to the country, who had given him the files and why he was in North Korea.

He was given little to eat - generally a few bites of rice and some wilted vegetables - and was forced to watch government propaganda every evening. But, he says, he was not beaten.

He eventually confessed that one of the documents was part of a plan for what he described as “Operation Jericho,” an effort to bring tourists into North Korea to pray and spread the love of God. They would not have openly evangelized, but he had hoped that the “walls” isolating North Koreans from the rest of the world would come crumbling down, as the walls of Jericho fell in the Bible story.

North Korean officials did not understand the plan’s metaphorical nature, and Bae writes that he struggled to explain that he wasn’t trying to actually overthrow the government. The government sentenced him to 15 years in prison, but his weak health - including a bad back, diabetes and gallstones - made it difficult for him to perform hard labor. He spent some of his time resting in a hospital room.

Bae said the worst parts of his detention were knowing his family was worrying constantly about him and not knowing what the White House might be doing to try to free him. Eventually, former basketball star Dennis Rodman became involved, first asking North Korean leader Kim Jong-un on Twitter to “do me a solid” and release Bae. Rodman then traveled with other basketball players to North Korea and - in what he later described as a rant fueled by alcohol and stress - suggested in an on-camera interview that Bae’s detention might be justified. The backlash against Rodman’s comments helped raise awareness of Bae’s case in the U.S. and increased pressure for his release, Bae writes.

“Thanks to Dennis Rodman’s drunken outburst and my sister’s defense of me,” he writes, “my case had now been catapulted to a new level of national consciousness and outrage.”

In 2014, following negotiations handled with the help of the Swedish embassy in Pyongyang, U.S. Director of National Intelligence James Klapper traveled to retrieve him, along with another detained American, Matthew Miller.

He relied heavily on his faith, reading Bible verses and praying until he came to realize that he could serve as a missionary even while in custody, Bae writes. He came to know several of his captors and sought openings where he could talk to them about their lives, the United States and Christianity. They were astonished to hear of how common it is for Westerners to own cars or their own homes, he writes, and he was amazed by aspects of North Korean life, such as when his captors drove him across the country to Pyongyang in a snowstorm. Over a stretch of nearly 200 miles, thousands of people lined the gravel road that passed for a highway, all of them shoveling to keep the road clear.

Bae says he still loves the North Korean people and hopes that someday he’ll return “not as a threat, but as a blessing.” His book’s title, he says, came not only from the fact he wasn’t forgotten while he was in custody, but also “because they should not be a forgotten people anymore.” AP