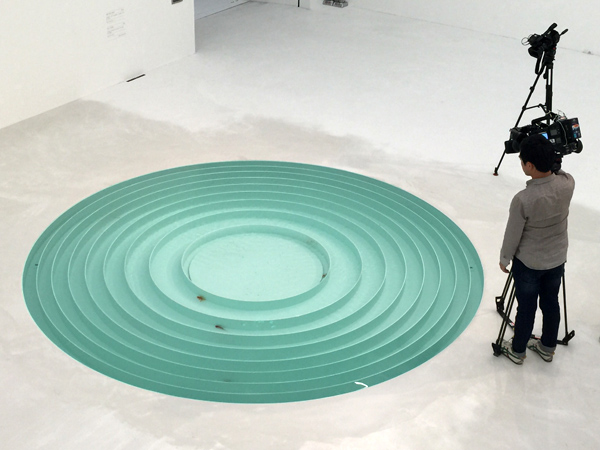 To May 22: The solo exhibition of Ahn Kyuchul consists of the 60-year-old Korean artist’s eight recent pieces. It is the second edition of the MMCA Hyundai Motor Series sponsored by the auto giant.
Among the works, “Nine Goldfish” is a pond of concentric circles in which nine goldfish swim. The goldfish seem to be together but they can never meet one another, as each is nine separate concentric tracks.

The exhibition has been touring around the world since 2011. 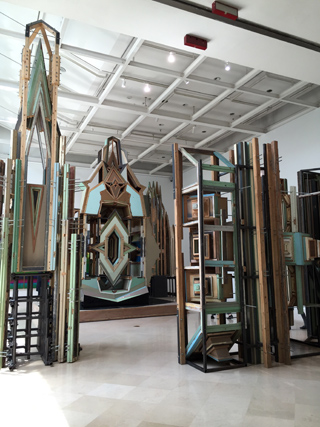 To Aug. 14: The exhibition features 12 pieces of works by Chinese artist Liu Wei ranging from his controversial early works to his most recent works. The 44-year-old is one of the leading artists in the generation next to the famous “Chinese Diaspora” and “Political Pop” generations under the influence of the 1989 Tiananmen protests.

“Liu Wei’s works, created from materials such as architectural debris and old books through labor-intensive handcrafting, examine the dystopic cities of China, and more broadly Asia, as sites of endless urban development,” said Ahn Soyeon, curator of the exhibition and deputy director of Plateau.

To Aug. 14.: The large-scale retrospective of the modern Korean master Kim Whanki (1913-74) features 400 paintings, drawings and collages by the artist.

Among the exhibits are a lot of abstract drawings and oil paintings on newspaper that show the artist’s continued experimentation and transition into pure abstract figuration. The result was Kim’s collection of dot paintings, which are now celebrated both by art critics and collectors. Dot paintings are also among the exhibits. 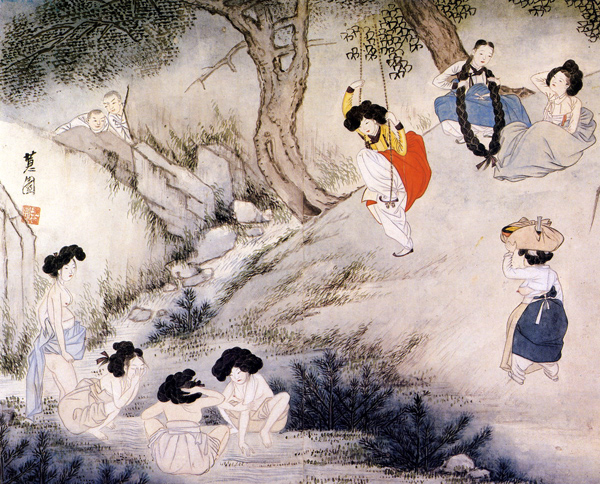 To Aug. 28: The daily lives of both commoners and scholars spanning 500 years during the Joseon Dynasty (1392-1910) can be witnessed in this exhibition - the Kansong Art Museum’s sixth show at the DDP.

The donation, called the Gana Collection, consists of 200 paintings, sculptures and prints by 48 local artists related with the minjung art movement of the 1980s and early ’90s. The movement is represented by realist paintings with strong political or social messages against the Korean military regime of the ’80s and later conservative politics.