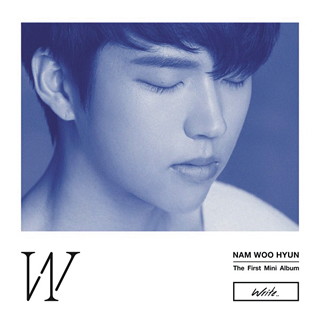 
Nam Woo-hyun of K-pop boy group Infinite is releasing his first solo album, six years after his debut with the group. Although the group has been gaining considerable popularity because of their catchy songs and performances, it seems like Nam has an eagerness to address listeners with his full voice. The album has six songs, including “Write..,” “Gravity” and “Stand by Me.”

In the title song, “Kkudeok Kkudeok,” a Korean word to describe a person nodding, Nam delivers the emotions of longing very well. In fact, longing is the theme of the entire album. Nam told the local media that he sobbed when he was shooting the music video for the title song, showing how he tried to immerse himself fully in the emotions of the track. But his voice isn’t over-the-top. Rather, it is composed, making listeners feel comfortable while listening to the album.

Although Nam may be lesser known among the members of Infinite, the quality of songs in this album is good enough to make his mark as a solo artist. With this new chapter in his musical career, it is exciting to anticipate the next album that will showcase more of his talent.