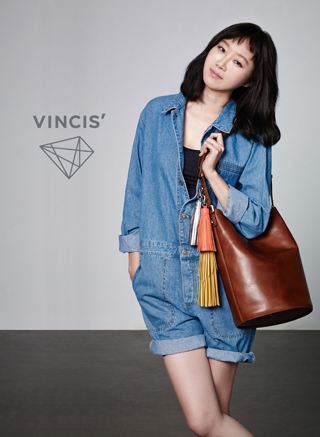 Actress Kong Hyo-jin is on her way to helping those in need.

The actress’ management agency announced Tuesday that Kong, in conjunction with the fashion brand Vincis, will conduct a campaign titled “Share Your Love.”

Kong is currently working as a model for the brand and launched her self-designed bag, the Hyo Bag, in February.

The star and the brand will put fashion merchandise up for auction under the name “Kong Hyo-jin by Vincis” and donate the profits to ChildFund Korea.

“Fashion items worn by the actress, who is widely acknowledged as a big fashion star, have a special meaning,” an official from the brand said. “We planned an event not just to capitalize on the financial opportunity but to spread the love.”

The fashion star first emerged as a fashion and commercial model. The actress has also been active in the TV scene, starring in many popular dramas including “Thank You” (2007) and “Greatest Love” (2011).

The actress is slated to return to the small screen through the drama “Incarnation of Envy” in August.