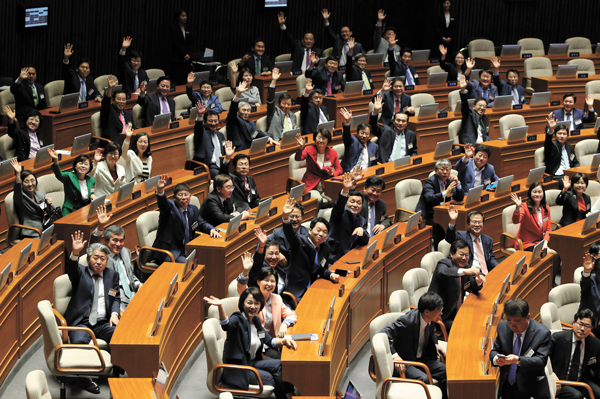 The 132 first-term lawmakers-elect wave to photographers as they learn how to cast electronic votes in a conference hall of the National Assembly in Yeouido, western Seoul, on Wednesday. The new lawmakers were invited to an orientation about the functions of the legislature, lawmaking procedures and welfare benefits for Assembly representatives. [CHON MUN-GYU]

France, Argentina both add 3 points, France locks in for last 16