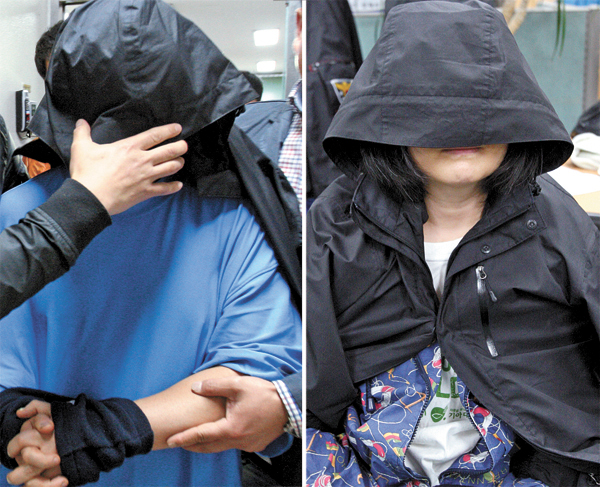 A recent case of parricide in Gwangju, in which a brother and sister allegedly stabbed their father in the heart and neck, has received more than the usual amount of media attention this week because of the day the siblings chose.

A 47-year-old woman and her 43-year-old brother were arrested for allegedly killing their father Sunday, when the rest of the nation was celebrating Parents’ Day. The victim was 76.

Gwangju police say the siblings have admitted killing their father Sunday but they don’t believe their professed reason.

The suspects have asserted under questioning that they have been deeply upset with their father over the past two decades because of his ill treatment of their mother, who passed away in 2011 after years of suffering from mental and physical illnesses.

The mother was disabled in a car accident in the 1990s and suffered from dementia before she died, the police quoted the siblings as saying. Dismay over their father’s attitude steadily grew after the accident and peaked at one point when he refused to take care of her and suggested his children send her to a nursing home.

The son has also claimed he and his sister were physically abused by the father, while their mother was physically and sexually abused.
The siblings, who are unmarried and without stable jobs, have been living together in a so-called officetel - a studio flat used either as an office or an apartment - for the past couple of years. They took in their mother in 2011 amid deepening conflict with their father, only to see her die a month later.

The suspects live on the sister’s severance pay from a job she left five years ago.

But police note that the siblings recently demanded that their father give them the apartment he was living in, and they are looking into a possible financial motive that led to murder.

Gwangju police say they’ve collected testimony from witnesses that the siblings visited their father recently and asked to take ownership of his 60 square meter (646 square feet) apartment, which is worth around 100 million won ($85,600).

The apartment was the father’s sole asset, police said. He lived on the government’s basic livelihood welfare payment of around 400,000 won per month.

On Monday, the police received a call at 5:45 p.m. from a neighbor of the victim, who said she was supposed to meet him but couldn’t reach him on the phone. Police broke into the apartment to find the father stuffed inside a gomutong, a lidded rubber container used in Korea for storage.

The man was pressed down by 10 blankets and appeared to have been dosed with detergents. A knife and a screw driver were stuck in his body, although police didn’t specify precisely where. A hammer was placed nearby.

Police arrested the suspects Tuesday after referencing CCTV footage recovered from the entrance of the apartment.

An autopsy revealed the victim was battered all over his body, and that the immediate cause of his death was “deep stabs” in his heart and neck by a sharp object, officers said during a Tuesday briefing.